Confessions of a mean mind 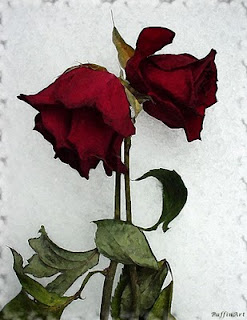 Long ago, a friend of mine replied to my SMS which I had sent in a moment of self-pity; it was something like how mediocre I am. My friend replied: ‘You are not mediocre, but you deliberately make yourself so. You are surprisingly devoid of airs; comparatively, that is. Intelligent, creative, but sometimes very very mean.’ Even after 5 years, it rankles in my mind. Every time I do something mean or petty, I am reminded of the SMS saved in my mobile. Regret and shame about myself ferment in my heart. These are the moments when one glimpses the shades of ugliness in oneself.

A year ago, a close friend had asked me to sponsor a poor child’s education; it is managed by a charity that he is associated with. I gladly agreed and paid. I should have remembered that it is a life-long commitment; perhaps I forgot it conveniently. A couple of weeks back he telephoned me to remind that the next instalment was due. The amount isn’t huge; Rs.4,000/- or so. He must have caught me at the wrong moment; I said I couldn’t donate further. I told him that I am at present going through a financial crunch (which is true) and that as such I do have a lot of other charities (which is also true) to which I donate considerable sums and therefore I cannot contribute further. It was only natural that he should be miffed, but being a good and close friend he is, he said nothing else.

The matter should have ended there. I feel self-righteous when once in a while I say no to something which I feel is a no-no.

A few days back, we were chatting on phone. As good and old friends that we are, there is always a lot of ribbing each other. Do you think, young readers, that at middle age, all that we men talk about is money or spirituality? Dead wrong! We talk mostly sex, the way teenagers do, with a lot of chuckling and giggling and in between, sighing that our good old days were gone. And we talk a lot about food. And drinks. Though none of us are hard drinkers, some of us indulge in daily shots; some, like me, once or twice a month or whenever good drinking companions (read close friends) turn up.

Now, this particular friend has access to high quality liquor, much to the envy of others. Though he doesn't lavish much on us, out of our envy we tease him about the not-so above board channels through which he gets his Scotch. I ask him, ‘Dey, when are you going to get me a ‘Glenlivet’? Now, to the ignorant, Glenlivet is the holiest of holy Scotches in the world. Suddenly, there is a change of tone in his voice. It rasps. It whips as he draws it from behind. ‘No more Glenliveting for you. Its all accounted for the donation for the child. I had to shell out the money for you’.

For a moment, I was too stunned to reply. ‘But’, I asked, ‘Why? That was a one-time thing and’ – ‘No’, he cut in. ‘You had sponsored the child’s education and now they have to find another sponsor. Since it was I who introduced you, I have transferred the sponsorship to me and I have paid the instalment’. I was at a total loss for words and somehow managed to end the conversation.

It left an unpleasant taste. For one, I hadn’t honoured my commitment; two, my friend had to bear its cost; three – and the most hurting of them all – that my friend slammed me with the bottle of Glenlivet – and boy, that really hurt! Perhaps if he had insisted that I meet my commitment, I would have given him the money.

So last week, I sent him a draft for a part amount. I wrote to him that I am sorry that he had to bear the expense, so kindly accept this, but of course, the matter should end here. We even talked to each other over phone, teased and laughed about other things, everything seemed to be fine.

Then, today he returned the draft to me. Accompanying the draft was a piece of paper torn from a notebook. Written by a child, it read: ‘Respected sir, My name is Vibiya I am studing VI standerd. next I am sincerly thanked you. by Vibiya.’

And he had written me a letter – as far as my memory goes back, this could be the first ever hand-written letter I have received from him in the 25 years of our friendship. He wrote; ‘Dear Bala, I forward the thanks letter from Ms.Vibiya, the child who was under your sponsorship. I am glad you could contribute to your best for the child. Please don’t worry, we will find some other sponsor for the child. I am unable to accept any money in my name on behalf of the organization; hence I return the DD. Moreover, the organization does not accept donations as such.

I thank you very much for your goodness you have shown so far. I know you stand by me in spirit’.

I am too old now to feel anything about being defeated by myself, because it has happened so many times before. Like the Bhagavad Gita says: Aatmaiva atmano bandhu, aatmaiva ripuratmana. You yourself are your friend and foe.

I feel lost. I don’t know where to go from here. Perhaps some self-flagellation? How about cutting out alcohol totally for one year? Two years? Ha, what about stopping smoking? You spend more than 4000 f---ing bucks a year on cigarettes!

Unable to concentrate on work, I excuse myself and go out for a smoke. Smoking sometimes helps in clearing up the smoke in our minds. I always had a slight indifference to charity for humans. There are enough and more for humans; no, there is never enough, but I will more readily give to charity for animals, for nature. I will more readily donate to the indigenous people, the tribals. Yet, there is still something indigestible inside me. There is a pettiness, a streak of meanness in me that I cannot put my finger on to – or is it that I do not want to?

Perhaps I will approach the organization directly and re-sponsor Vibiya, to hell with 4000 bucks. That may soothe my mind somewhat; but would I be able to sit and drink with my friend again? For the moment, I am unable to answer, stumped, down and out.