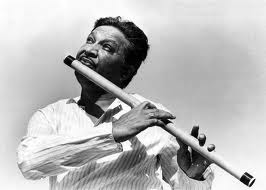 Silly it is, I know. But sometimes I wish I were somebody else. There are certain individuals whom I respect and admire greatly; not the entire persona, but the attribute that is unique to them, the attribute of making others happy. That’s what makes me wish I was like Hariprasad Chaurasia.

I hold the reed pipe to my lips, my fingers grip it awkwardly, searching for the holes to cover. I take a deep breath. I blow. Nothing except a harsh noise of air comes out. No music.

Chaurasia-ji’s flute woke me up to Hindustani Classical music while in my teens. Long before I listened to him at live concerts, I had tapes of his music. The sound of bamboo flute has this magical quality of soothing your troubled mind, flowing over you like a gentle stream.

The friend opens his leather case carefully. It holds several pipes, of bamboo and steel. He picks up one gently; gazing at it with love in his eyes, he fondles the flute like a baby. I look at him with awe, watching his expression changing. There is a serenity in him that I could envy.

Today afternoon was sultry. In addition to that, the power was off. Our office, designed to be air-conditioned, but not, can be really unbearable in humid conditions. It was around 1630; I was winding up work while listening to Chaurasia playing Raag Malkauns. Then something strange happened.

In the banking hall stood a man, looking around vaguely. Thin, dark-skinned, hollow-cheeked, the whites of his eyes glared bright. I make my usual rapid assessment. Mid-30s. Bihari/Bengali/Oriya. Muslim. Labourer in Technopark? No, too emaciated for manual labour and too poorly dressed. What does he need? Banking hours are over at 1600 hrs. I notice the Cash Pay-in slip in his hand. I am sure our Cashier, a horrid, crass female, would send him back. I listen to the usual refrain – “Cash is CLOSED!” Then the follow-through – “ What do all these people THINK?” blah blah.

I beckon him over. I am always a little extra kind to people like him. They are poor and illiterate, barely managing to etch a letter or two in Hindi, presumably their signature. Far away from their villages somewhere in the Ganges delta, Kerala is heaven for them. Turning down the volume, I ask him – ‘Kya Chahiye aap?’ What do you want? (This is a regular opportunity to brush up my Hindi). ‘I want to remit some money, saab. I am living a bit far from here, so couldn’t reach before 4 PM.’ I take him in, his shabby but clean shirt, cheeks sunk in too deep, dark skin taut over his face. I check the account he want to send money to; it is somewhere in Bihar. The name is Saliman Khatun. I check the scanned image of the account holder. Two women, head covered, squint at the camera. The photo is very poorly printed, you can hardly make out the faces. Beside the photo, image of thumb impressions. Illiterate. I turn the monitor towards the man; it had the desired effect – his face lit up. ‘Who are they?’ ‘Amma’, he says, ‘Amma aur behn’.

Malayalees too call their mothers, Amma.

I tell him that I cannot send the money today. But he cannot come tomorrow, he says. I ask him what does he do here. He looks at me and says humbly – I sell flutes. I look at him for a while, silent.

Have you seen them in your cities? On a pole, the cheap reed flutes, stuck like a fan, spread like a peacock’s tail? The men would be playing a Hindi song, over and over. Pardesi, Pardesi, jana nahin, mujhe chchod ke, mujhe chchod ke, is one of the commonest refrains I have heard.You can see them wandering aimlessly, at the beach, at the zoological park, in the busy streets. 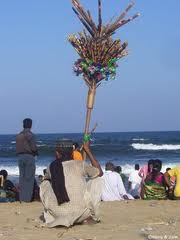 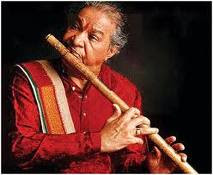 ‘How much do you sell them for?’ ‘Ten, fifteen, twenty. I make a hunderd or two hundred rupees at the most, a day.’

Looking at him, I raise the volume of the PC speakers; Chaurasia-ji is on the Drut taal. The beats of the accompanying Tabla, reverberates. ‘Suna hai kya, aise bansuri vadan?’ I ask him if he has heard music like this. The man glances at the speakers and shakes his head. ‘Nahin’. ‘This is Hariprasad Chaurasia, mahan kalakar!’ He is silent, listening to the flute. I cannot play like that, he says. My reeds are of poor quality.

I play the music, while filling up his pay-in slip. I assure him, don’t worry, I will keep the money with me today and send it home, the first thing tomorrow morning.

The Bihari glances at me. Somewhere deep in his eyes, I notice the shimmer of gratitude.

Tomorrow, somewhere, in a dark dusty village in that medieval land called Bihar, the shame of India, an old woman would walk up to our bank, affix her Right Hand Thumb Impression ( Left for men) on a Withdrawl slip and with trembling hands, receive 2000 rupees. I wish I could be there, watching her happy face. 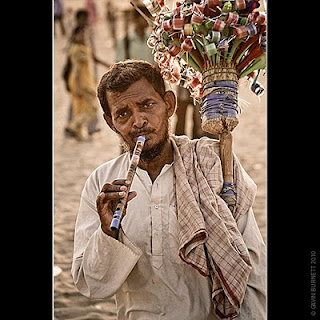