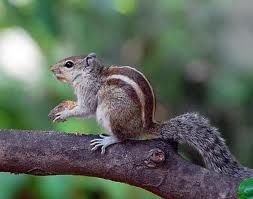 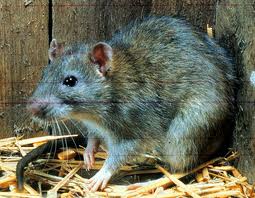 Today I dug two graves,
One for a Funambulus palmarum
Another for a Rattus ranjiniae;
In plainspeak
A Palm Squirrel and a Kerala Rat.

Retracing my thought-steps -
I was amused, still am,
To learn of a species, the Kerala Rat
and chuckled at the thought of the teeming
millions of it subspecies, the Rattus hominicus malayalensis,
In plainspeak, me and my fellow malayalees!

Both were the victims, prey to the great
Hunters at home, Sancho and Sally.
As Sancho proudly brought in the fat rat
and dropped it at my feet, wagging his tail
and panting and grinning and looking up at me
for approval and that special pat on his forehead
I learned that Sally had killed the baby squirrel -
she had chewed it up proper
But she slunk away at my sight
Instinctively knowing that I disapproved.

In the morning as I dug the graves
Sancho strolled over and supervised
Sally kept a respectful distance.

Throwing soil over the pits
I wonder why we love squirrels and hate the rats
Both rodents, sharing a common lineage, so to say.

I looked at the carcasses, not much different they were
Except for the bushy tail and three-striped coat that the squirrel had.
Looking at it, I remembered how badly I wanted to keep a pet squirrel long ago
And fibbing about it, my fantasy squirrel, the one I carried to school in my pocket
the one who ate and slept with me and then for a tragic twist, how he got caught by a crow.
I remembered those whom I had saved and then let go, I remembered the feel of the soft fur.

Turning aside, gazing at the pitiable fat rat, now Late,
Looking at its bristling rough coat and whiplike tail
Looking so loathsome, I took a moment to think
of the dozens of its kin I have killed, poisoned, smacked on the head.

Look at him/her, smart, bold,slinking away in the darkness
Tipping pots and pans over, stealing, biting the bananas
Ruining the stock of grains, the leftover food
And the trail of feces contemptuously left.

Looking at the squirrel and the rat, both dead
I felt uncomfortable
Thinking how similar is the feeling that I have
For the many Homo sapiens sapiens I know.