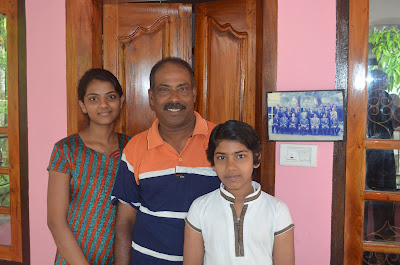 Alleppey district has a curiosity that it is the only district in Kerala which has no forests; not to speak of mountains. Cuddled between the backwaters and sea, Alleppey in parts is below sea level. Hence the hackneyed fact of only or one of the few land masses where farming is done below sea level. In Kuttanad, the region of Alleppey called the Rice Bowl of Kerala, you see waterways with bunds built on either sides and the swampy paddy fields extend to the horizons. In the narrow strips of land, people survive, with scarce drinking water and electricity and mobility restricted to boats. It is this strange topography that attracts tourists in hoards to this country; and they are amply rewarded with scenic beauty.

Yet here in Alleppey lives a man who has climbed Mount Everest - twice and Kanchenjunga once and some other peaks too. A man who has shaken hands with Edmund Hillary, a man who has taken great photographs of the mountains - I shook his hands the other day. 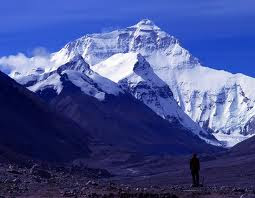 Sureshkumar joined the ITBP ( Indo- Tibetan Border Police) long ago. When the ITBP planned an ascent of Kanchenjunga, they needed a photographer - Suresh dabbled in it and he was straightaway sent for advanced mountaineering course, which opened up his path to the skies.

An article had appeared in a magazine a few months back - ever since then I wanted to meet him. His house is somewhere in a narrow lane in the town. Clutching a copy of the magazine, I cycled around, finally hunting his house down. A charming, unassuming man, Suresh greeted me with open arms.

A man who has climbed Everest and Kanchenjunga - even touching his feet would be a privilege! I open-mouthedly listen to Suresh. In the sitting room, a showcase full of  memorabilia - souvenirs of his ascents; on the wall of the verandah, two framed photographs - one with former Prime Minister Narasimha Rao and another with the present, Manmohan Singh. Suresh was part of the elite SPG ( Special Protection Group) that guarded the PMs. I am awestuck. I ask him, how, how, could he be here, living in this modest house, unknown even among his neighbours. Suresh smiles - he says that there were some family problems like the death of his in-laws which compelled him to take voluntary retirement and come home. Today, the man who climbed the highest peak in the world works as a Home Guard on daily wages of Rs.150/- or so, directing traffic in the busy junctions of Alleppey. Suresh says he has no regrets. I am speechless. 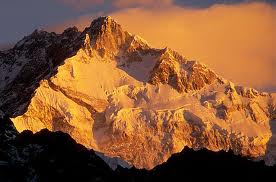 Suresh apologetically tells me he has to go for duty; he would be happy to meet me again some other time and tell me the stories. I request his daughters to pose for a picture with their dad. I shake Suresh's hand warmly. I tell his younger daughter jokingly - 'Do you know what I did just now? I shook the hand that touched Everest'!! She smiles. She glances proudly at her father.