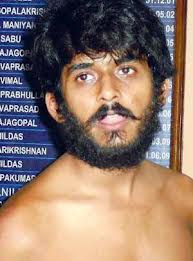 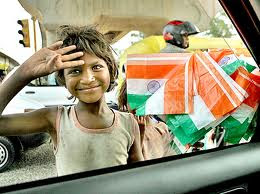 Satnam Singh
Walking along M G Road, Trivandrum in the morning, wondering at the daily changes that happens to it as the old tiled two-storyed buildings give way to multi-storyed shopping malls and regretting that I did not photo-document the old City of the 70s and 80s, I am shaken out of my reverie by the sound of blaring horns and revving motorcycles and racuous cries. A procession of a dozen or more motorbikes piloted and followed by four-wheelers, blinking lights and waving the flag pass, blocking the regular traffic. The drivers of the cars have their doors kept open; boys sit on the window frames. The bikers have no helmets; some boys stand up on the pillion seat. They ignore the traffic lights. They pass Police vehicles - security is beefed up today - and the police just look at them.
Typical of Indians that the boys should celebrate Independence Day by flouting the law of the land. Freedom, to Indians, is to be free of law. Otherwise, how do one explain the political murders, where people who defy the Party are hacked to death or the death of a mentally deranged youth at the hands of the devotees of the 'Amma' or the Police or the mental hospital staff?
Satnam Singh was found dead inside the lavatory of the Govt Mental Hospital at Trivandrum. Satnam had crawled through the corridors of the hospital and licked up the water on the floor of the lavatory before collapsing to death. Satnam was 23, from Bihar. He had been missing from home since last May. Satnam reportedly suffered from Bipolar disorder. Before the incident at the Matha Amritanandamayi Math, Satnam was at the ashram of Muni Narayanaprasad at Varkala for 20 days. According to Muni Narayanaprasad, the one prayer at the All Religion prayers offered at the Ashram that Satnam was fond of repeating was 'Bismillahir Rahmanir Rahim' , In the name of Allah, Most gracious, most merciful'.
On the fateful day, Satnam rushed at Matha Amrithanandamayi, shouting 'Bismillahir Rahmanir Rahim'. The security guards and devotees detained him and later handed over Satnam to the police. According to a newspaper report - "The math office-bearers detained Singh and handed him over to the police. The police subjected him to a medical exmaniation before they produced him before a magistrate and got him remanded in judicial custody. The police said the doctor had reported serious injury on Satnam at the time they assumed his custody".
The video footage at the Math showed Satnam being manhandled by the people there. Later, Satnam might have been subjected to further physical torture at the hands of the Police and at the government run mental hospital.
Enquiries have begun; at the same speed they are being hushed up. Attendants at the hospital are in custody. Doctors who gave false certificates could not be indicted; the Medical Council threatened strike.
Perhaps one cannot expect more from the law or health institutions in this country. But what is more painful is that Matha Amrithanandaymayi - Amma to the millions of her devotees - she could have saved Satnam's young life. One word from her would have given a young son back to his parents. She could have been a bit 'graceful, a bit 'merciful'.
One cannot really help being cynical about the icons that we carry in our hearts - be it the nation or living Gods. Happy Independance Day, fellow Indians! 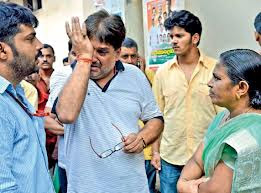