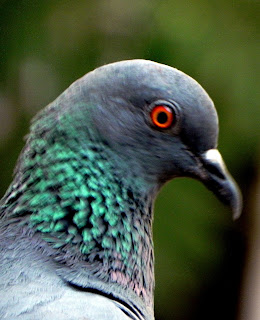 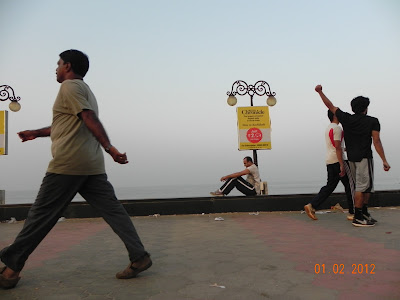 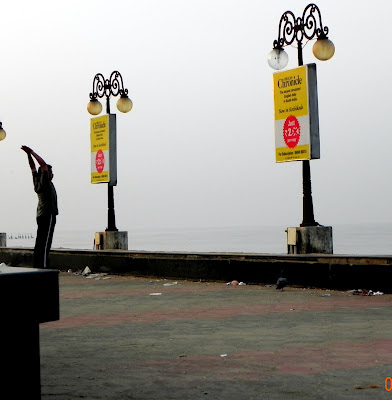 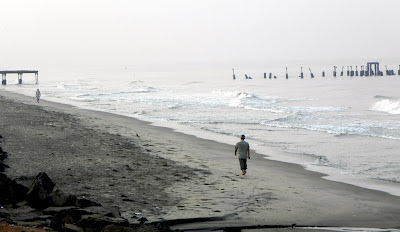 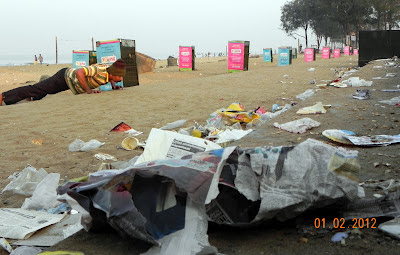 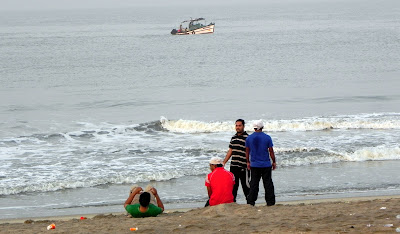 Calicut Beach. Pales into insignficance compared to the virginal beauty of Alleppey beach. And it is not clean as it should be. Mornings at the beach belong to the health conscious. 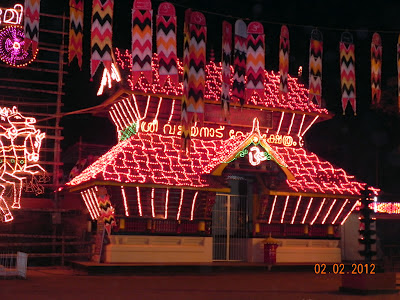 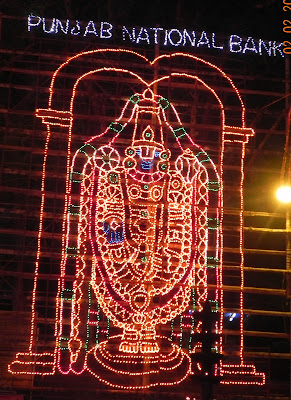 My room mate is a bhakta - devotee. On either of his wrists are tied multicoloured threads, nowadays the identity mark of the neo-Hindus. One evening he drags me to a festival at a nearby temple. I cannot stand that place for more than 10 minutes; a group of 'Idea Star Singers' were on the warpath with ear-deafening orchestra. PNB being the local Big Bank, has even sponsored an illumined God. 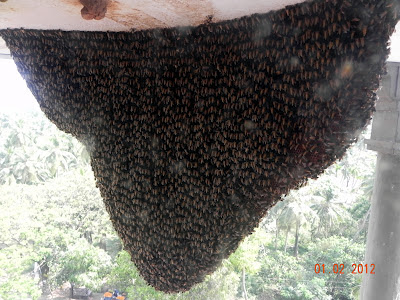 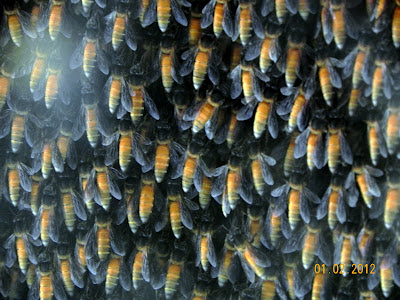 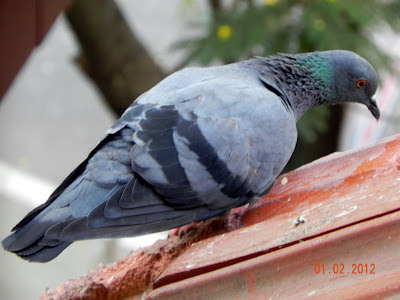 I take my camera  along to the classroom. Raised eyebrows. Those who have known me for many years ask - 'Eppallum nirthiyille ee paripadi?" Still the crazy bugger, aren't ya? I discover a beehive outside the glass windows of the 6th floor. And a Blue Rock Pigeon on the other side. 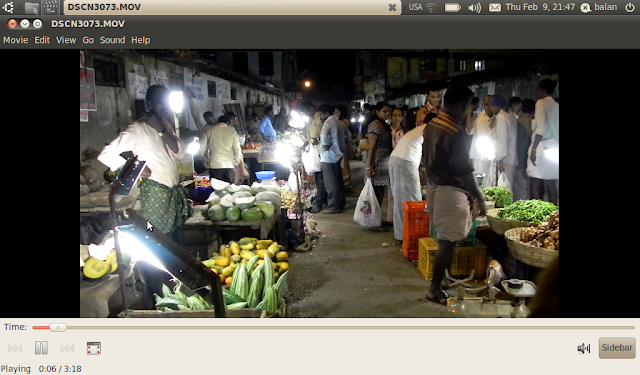 The fantastic vegetable market. It was astoundingly so clean; the sellers invariably seemed like jolly good fellows. I was fascinated by their lights - each vendor has his own, a recharged old m/cycle or car battery on which a bent pipe holds a CFL bulb aloft. Ingenuous! I take lengthy videos with my humble camera - it is fine through the viewer, but uploaded to the computer, not. It moves jerkingly. Sad. So, just a screen shot. 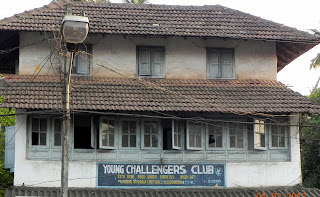 The Young Challangers Club - one of the cradles of Kerala Football. Started in 1936. This is the place where some of the greatest Malayalee footballers were born. Flashes of memory flit through my mind... 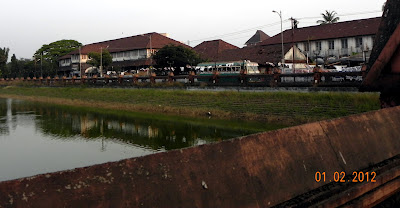 Across the pond you see the Comtrust buildings. One of the oldest textile factories started by Basel missionaries in 1844. Now, like most industries in Kerala, under Lockout! 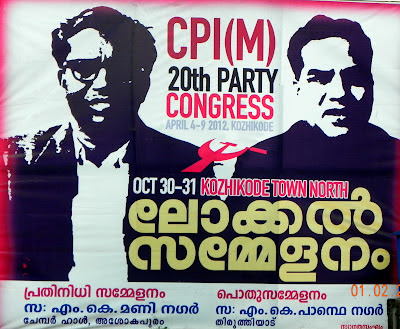 EMS Namboothiripad and A K Gopalan. The founders of Communism in Kerala. You may admire them or hate them; it is upto you. But the fact remains that they were instrumental in changing the lives of generations of Malayalees; for the better. 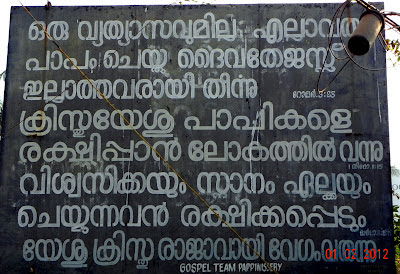 For all have sinned, and come short of the glory of God; Romans 3:23
The saying is trustworthy and deserving of full acceptance, that Christ Jesus came into the world to save sinners, of whom I am the foremost.Timothy 1 :15
He that believeth and is baptized shall be saved; but he that believeth not shall be damned. Mark 16:16
I have not sinned; therefore I do not believe.
*********** Balachandran V, Calicut, 03.02.2012
Posted by Balachandran V at Sunday, February 12, 2012