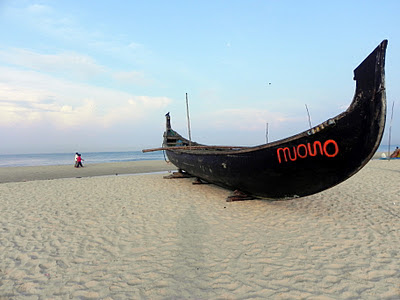 Getting up at 0600 hrs, I cycle to the beach at Alleppey. Its about 4 km from where I stay. Its is a pleasant ride. The streets by the canal with shady trees and the occasional vehicle that passes by are a pleasure to ride a bicycle.
The beach is expansive and open;  most beaches are but the Alleppey beach has the look of a dainty, friendly maiden. Nothing pretentious, no touristy shacks - just wide open, clean sand and a sea that seems yet to wake up. 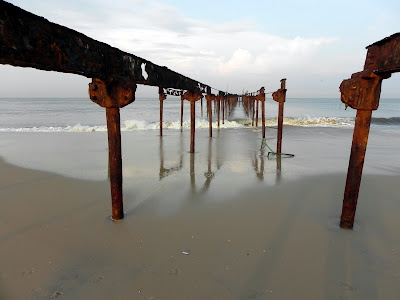 The skeletal remains of an old pier struck out to the sea looks like the desolate remains of a war-torn land. 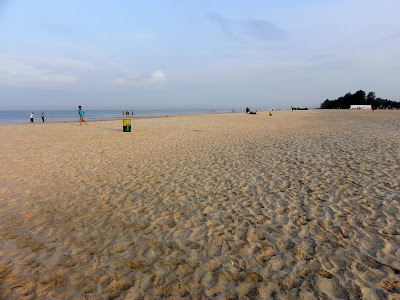 Typical of the west coast beaches, Alleppey beach is clean and friendly; I say friendly because I have strangely felt that the beaches in the east coast of India, hostile. 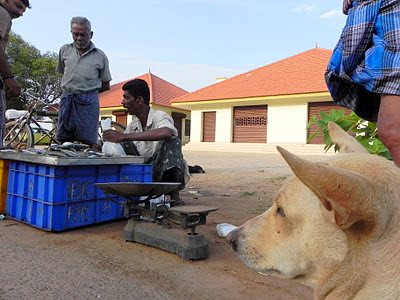 On the roadside, a dog keeps vigil over his master's fish; or he could be waiting for the tidbits. 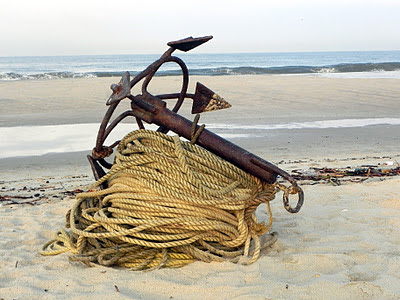 I pause before the anchor of a fishing boat. I look at it and wonder at the worlds it would have been to, the dark depths of the sea, a world I have never seen. I touch it and feel the cold of the seabed  and imagine the fish nuzzling by in that silent world of the sea. 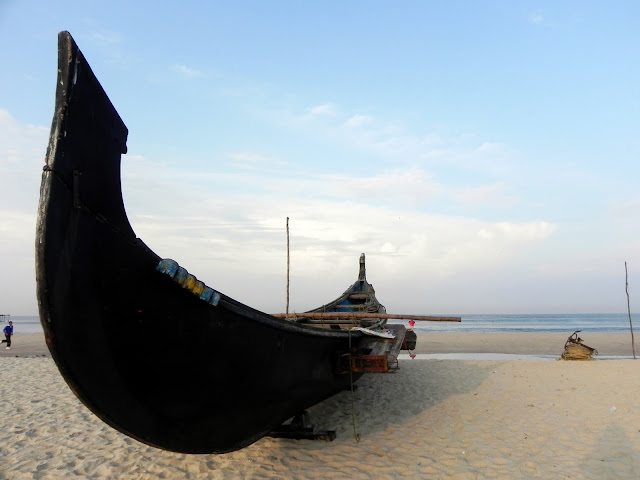 I have always been in awe of two communities; the fisherfolk and the tribals of the forests. They are the salt of the earth. Beside the boat, waits the anchor. This could be a scene from times immemorial; this way of life is eternal - as eternal as life on earth should be.
*****************
Balachandran V, Alappuzha, 15.10.2011
Posted by Balachandran V at Saturday, October 15, 2011