A Season of Change 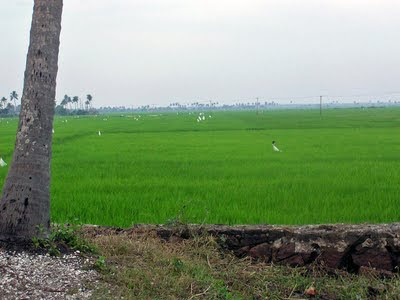 Ask any Malayalee ( I don't like the term, 'Keralite' – as if we are kind of elite) about the best season home – to the majority it'd be the New Year season of the Malayalam era, the begining of the month of Chingam, that falls in mid-August. That's the time we go on a spending spree, sellers vying each other with 'offers' and freebies. The climate is pleasant and would be so till Jan - Feb. The festive season. It has been commercialized ad nauseum. Like a streetside hooker, we sell Kerala to the tourists who throng the land. The beaches, backwaters, mountains, Onam, the boat races – oh, by the way- I have been transferred from home (Trivandrum) to Alleppey/Alapuzha, the land of boat races and backwaters. Got to report on Tuesday, the 16th of August. 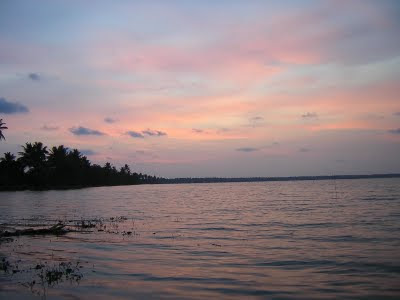 I was due for a transfer, but I had secretly hoped ( but never believed) that I would be posted somewhere nearer home, somewhere commutable daily, considering my age and seniority. But the Highnesses thought otherwise. Trivandrum – Alleppey is about 3 and a half hours journey by train, less trains in that route, and bankers no longer work 10 to 5 routine; most of us work late. So, commuting daily to Alleppey is out of question. P will have to be alone; rather, with Sancho and Sally. Fortunately, we have a maid who has temporarily agreed to stay the nights. It is a touch-and-go situation, but - Forward Ho! I have to resist negative thoughts, refuse to look at the disadvantages, the inconveniences of this shifting. I think of the lesser privileged and comfort myself, convincing myself that things could've been worse, they could've posted me farther away. I think of friends in foreign lands, the soldiers in Ladakh, those who had to forsake the comforts of home for survival. 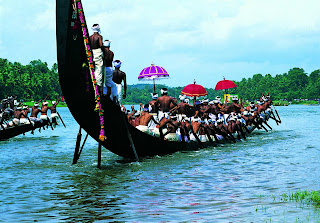 I sniff the air, and feel the change of season. For me though, it is a season of change. I do not resist, I let the tide carry me. I sniff the air. I hope that like my soujourn in Kottayam a few years ago, which was one of the best seasons in my life, Alleppey too would welcome me. On days I cannot come home to P and Sancho, maybe I will roam and explore the old town. I might ride a boat into the backwaters, drink toddy and eat Duck roast and Fish Fry. I might take photographs of that beautiful land, Kuttanad and the vast Vembanad lake and backwaters. There might be new temples to peek into, for their exotic murals or carvings. There will be old beautiful houses to gape at and be awed. There will be the breeze that sweep in from the lake. There are new, strange, mysterious smells wafting down. I sniff like Sancho. 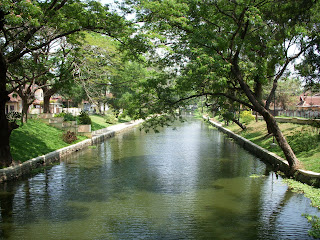