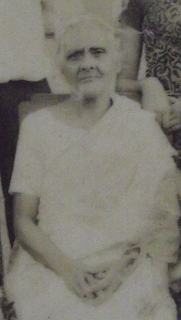 My mother’s mother was G Kalyani Amma. Born in 1889 (the same year as Pandit Jawaharlal Nehru), Ammoomma ( Malayalam for grandmother) was a doctor; one of the earliest lady doctors in government service. Here is her certificate, a family treasure. 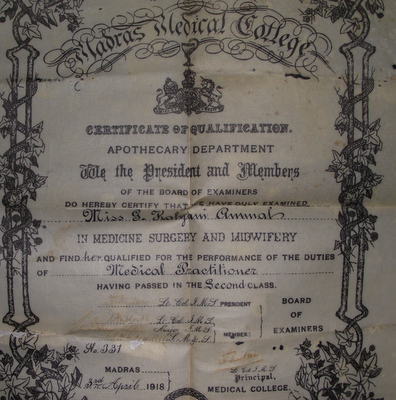 She passed away in 1973, at 84. I understand she was a good doctor, one of those we call – ‘kaipunyam-olla doktar’, which means she had the healing touch. She must have retired from service in the ‘40s. But instead of taking up private practice, she retired to a little house and acres of paddy fields at Mavelikkara where she was practicing at the time of retirement.
One of the clearest images of my grandma in my mind is that of her squatting down on the front yard where the paddy seeds left after thrashing and storing in the ‘Pathayam’ ( large wooden granary) would be lying scattered. She would slowly and diligently pick each seed and drop it into a basket. The sadly amusing truth was that all the while baskets-full of paddy would be being filched from the Pathayam by our own ‘Karyasthan’ ( major domo) and taken to his house! A classical ‘penny wise pound foolish’ thing!
She was the Palace Doctor for a while in Trivandrum. When she was working at the Govt Women & Children’s Hospital, she built a house, a big two-storeyed villa near the Sankhu-mughom beach. Sanghu-mukhom (Conch face) is THE beach of Trivandrum City. I remember it as one of the prettiest, cleanest beaches I have ever seen. Times have changed, though. The house was one of the biggest houses in that area. She gave it to my mother’s younger sister long ago; she sold it off – again, long ago! I remember my mom saying that they had an Austin car in which the lady doctor rode to work. The house I stay was built in the Thirties, and the legend goes that the roofing planks were from the boxes in which medicines came! Mom said that Grandma built this house as a temporary one, close to her Hospital.
The way I remember her, Grandma had only one tooth left in her mouth. She was graceful; she had beautiful eyes and delicate hands. She always wore white Mundum Neryatum, the classical Malayali dress. I was about 16 when she passed away after a brief illness when she had a stroke and lay immobile in bed. As was the custom in those days, a professional Ramayanam reader would come every day, and chant out the verses of Ramayan. Grandma would lie open eye-d and when we went near her, her eyes would move in our direction and would fill up with tears. She couldn’t speak.
There wasn’t much love lost between us. She wasn’t the stereotype grandma who told stories and cuddled you. She had her favourites among the grandchildren and I don't think I was one. The fact is, I don’t have many memories of her, except that when I went to Mavelikkara, I used to pound her betel leaf and areca nut in a granite pounder. After giving it to her, I would scrape out the remains for myself.
In the liberation offered by a digital camera fixed on a tripod, I have begun to make digital copies of the family albums. Old black and white photos – dimmed, yet in startlingly good condition, colour photos since ‘80s, fraying and discoloured. Photos from 1901. My father ( 1919-1971) as a kid, as a handsome young man, 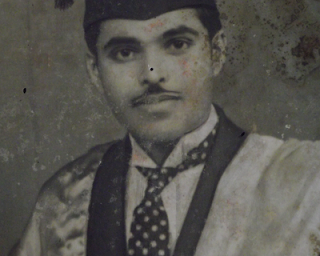 my mom a teenager, 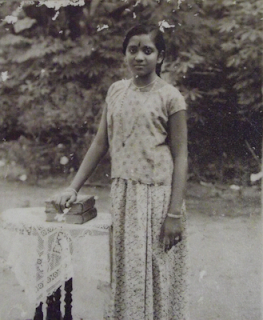 and I. The baby Balan looks up, probably at its mother or sisters and laughs. A photographer (would he be alive now?) clicks – and there I am, one baby, among the trillions that were born and yet to be born.
Outside my window, I hear the wind fluttering the leaves of the old Rose Apple tree. There were two; now only one. Maybe I will have to sell off my old ancestral house in the heart of the city and move on to some woods, while P would prefer settling near her siblings in Cochin. I dislike cities, especially Cochin with its swarms of mosquitoes and pretensions of a Metro. P may not come with me to Attappadi or my dream cottage deep inside a cool forest where a little stream would lap by and birds would hop on the verandah and in the night I would listen to the queries of the Nightjar. From afar I would hear the honk of a Sambar deer and maybe a herd of Elephants would lumber by. In the daytime, I would swing in my hummock reading Hemingway as hoards of Langurs would scramble up the trees and chatter at me. I would slowly drift off to sleep, dreaming of the snows of Kilimanjaro as they dissolve into Himalayas and Tierra del Fuego. I wouldn’t stir when chilly winds start blowing from the mountains. 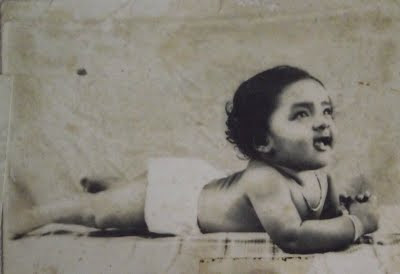