The day I almost killed myself 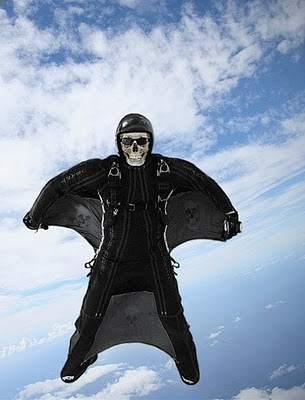 It is an afternoon, with a lull in business. Many of my blog posts have been written here clandestinely and then e-mailed to myself and thence to blog. I wonder what to write about; this blogging has become an addiction. Soon, will I get tired of it?

Reading my posts, the common pattern I see is that I have always tried to link an incident in my life to a universal fact, so that readers can identify themselves with the situation I have described and gain their own insights.

In 1978, one year after graduation, I wrote the entrance test for FTII, Pune. I had become a serious movie buff; wherever there is a film show, I would be there. I was a member of all the film societies in , like Chalachitra and Chitralekha. I read Sight & Sound. I read books on making movies and documentaries. Though I could not afford to buy a camera, I gorged on every available book and journal on photography.

I saw life in a series of frames.

The FTII entrance test was the first ever test other than academic that I wrote. I was a naïve young boy; I thought passing the test meant an entry to FTII. I was wrong; there was a 3-day series of tests and interview to get through. At the interview, the head of the interview board was the famous film director, Hrishikesh Mukherjee. He asked me if I had any godfather in the film industry. “Then how do you expect to survive here”, he asked to my answer, “No”.

I couldn’t have done well in the tests, but I saw others who did worse get admission effortlessly. That was when the bubble burst. Undaunted, I went on to where my sister and brother-in-law lived. He was a big shot in BARC. I thought there was no point in going back home, continuing my listless postgraduate studies. I wanted a job. I wanted a job badly because I was in love and wanted to marry and I would not, I thought it wouldn’t be fair to marry when I cannot feed her on my own.

My sister and family stayed in one of the tall apartments in the BARC complex. On the first day evening of my arrival, Mr N, my brother-in-law’s colleague and his wife came to visit. Introducing me to him, my brother-in –law said – “ Vimala’s youngest brother” – then, curling his thick lips he added contemptuously in his Palakkadan accent – “ His only achievement in life is that he passed a test to Pune FTII; flunked in the interview, of course!” Mr. N and his wife looked embarrassed and changed the subject. I stood there, immobile, crushed, cringing, my heart split like a rotten log. I remember looking at my brother-in-law who overrode my wish to study English literature and forced my mother to make me accept Physics, which I hated. With father no more to guide or to decide, my mother had left such matters to her eldest son-in-law, the brilliant chemical engineer, who knew things.

Later in the night, I went up to the roof of the 20- floor apartment. Far away, I could see the blinking lights of airplanes circling to land at . Looking up at the dark sky, I came to know the feeling of pointlessness of life for the first time. That my dream bubble of becoming a cinematographer had burst, that I am a failure, incapable of achieving anything, that my romance was fading away, that at 21, I was aimless, jobless with nothing to look forward to – far below I could see the cars parked.

Ever since, whenever I look down from great heights, cliff edges in the Himalayas or Western Ghats, I have this eerily calm thought in my mind – of falling through the air – and I smile to myself realizing how thin, narrow, how sharp like a razor’s edge is the bridge between life and death. I realize that how so much I may value my life, a vagrant wind can topple me down the chasm.