A Carpet of Happiness 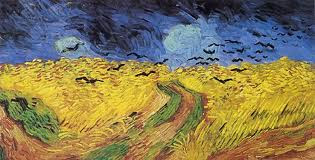 My recent posts on the incident at Sabarimalai were a deviation from my mainstream posts. Like my son said,- ‘ Your posts give a good feeling, Acha, either a pleasant sense of well being or a little sorrow tinged reflection, but altogether a kind of antiseptic thing’. But then, Sabarimalai took me off on a tangent, to the return of the old self of till a decade ago, the ‘angry young man’ Balan. Many have gone through the several posts on Sabarimalai, hurling brickbats and bouquets at me. Veiled threats even from ‘friends’.

I cannot lie. I cannot say that I am not apprehensive of the unseen, the unknown. I cannot say I face the future bravely. On the contrary, as I age, as I see misfortunes tumble down on me and those I know, as I scour the obituary columns and pause before a familiar name or face, I am ever more conscious of the fickleness of life; not fear, but a kind of weariness weighs down my heart. There is a helplessness that cannot be mitigated by faith and accept whatever fate has in store for me.

Once in a while, I go to certain temples; not Sabarimalai or Guruvayoor or such shrines where the crowds throng. In Trivandrum, the temple I go to once in a while is the Kanthaloor Mahadevar temple at Valiachalai. The temple compound is quite large. Here and there are huge trees with high and wide canopy. At dusk, you will not find a crowd craning their necks for a ‘darshan’, but only a handful. I walk around in the semi-darkness and then sit beneath a tree, absolutely at peace. I would not call it a ‘spiritual’ experience, for the reason that I do not know what it is to be spiritual. But I feel good. And calm. There is a sense of relief, a lightness of being. Even as a child, I could not comprehend the devotees beseeching and demanding things from the deity; one of the few Sanskrit phrases I knew and said to the Gods is – ‘Lokah Samastaa Sukhino Bhavanthu’ – May all the world prosper.

While I was in Kottayam a few years ago, I became interested in temple murals. I traveled to many temples in Kerala, marveling at the murals and carvings. I read a lot about it, I wrote about it – I believe that indirectly due to my article in a mainstream magazine, the murals of the Manganam temple near Kottayam is now under the protection of Archeological Survey of India. In the temples of Kerala, in the hands of the artisans who created it, I sense the submission, the surrender, and the humility of the man who recognizes his place in the scheme of things; insignificant, but undeniable place, as he appears and disappears in the brief surge through the tides of life.

In my travels, solitary mostly, in the Himalayas, the Western Ghats and elsewhere where nature’s splendours are revealed in all its magnificence, I have felt the loss of my ego, the awareness of oneself as separate from the rest and have blended into the surroundings, aware at the same time the oneness with it all; a sense of elation, of indescribable bliss – standing before Kailas peak, I remember my fellow traveler, Dr Ramachandra shouting – ‘I want to die now!’. At Tunganath, pouring ice cold water over the idol, repeating the mantras murmured by the Pandit, and caressing the carved stone, I have cried – not with happiness or sorrow, but with the thought of having touched something that has been touched by thousands before me and will be, by thousands after me and that sense of connectedness was overwhelming and I cried at the revelation of myself as a humble link in humanity. In the high altitudes of Ladakh, as searing cold winds hit me and beholding the vastness of earth in its great panorama, I have lost the duality in me.

In the songs of Kabir, in the flute of Hariprasad Chaurasiya, in the Chenda of Mattannoor Sankarankutty, at the feet of Kalamandalam Krishnan Nair, in the beats of Ustad Alla Rakha, in the voice of Prahlad Tipanya or Shubha Mudgal or Hemant da – Why, I could string them all together and weave you a carpet of happiness!

These are my visions of God. Why should I need any more Gods? I have not sinned against my conscience; if by chance, I did, I ask forgiveness from myself. I do not have to thank a particular entity for the pleasures in life; I thank them, each and everything, a dog, a bird, a tree, a rock, a child. I do not ask for courage, because I know if I cannot draw it from myself, I will not get it from anywhere.

Sometime ago, rummaging through an old trunk, I come across an old diary of my father- circa 1968. In the first page he has written this quote, a piece of verse in Malayalam:

Give me peace of mind, O lord, every day, if it pleases you, it ( Mana – samadhanam) will sustain me through this tough life, even if I lose all my wealth.

Future is not dark or fearful to me. Pain, there is bound to be, but also great joy. There is a mental readiness to face life with equanimity. At this moment, there is a great sense of freedom as I divest myself of the shrouds of Gods that create rifts among men; religions that segregate people; of regions that divide people; of faiths that darken my soul; of beliefs that impair my vision. I am not arrogant, therefore I need not bow further, except to the elements, to nature, for giving so much without asking. I do not need the crutches of Godmen or Godwomen; I do not need the backing of philosophers. I walk with them by their side; I look them right in the eye, because I can see. 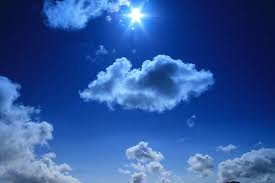