The Man with the Cane 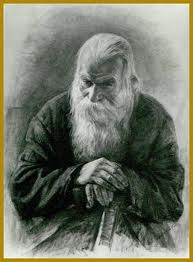 If God is someone who hovers in my background and raps me on my mental knuckles with a cane whenever I indulge in self-glorification, then believe me, I am a believer in God. It has happened so many times in my life that I am inclined, albeit reluctantly, to believe in the existence of God.

Take today, for example. There was a heavy rush of customers and internet connectivity was down from 1000 to 1200 hrs. Irate customers, embarrassed colleagues, the tension of passing cheques without really knowing if there is balance in the accounts, pacifying the VIP customers, telephoning the chap who looks after the connectivity blah blah, attending to this that this that - the old machine was working smooth – too smooth that when I got a respite, I told myself smugly, ‘you old goat, you! Still can do it, uh?’ and felt quite good. Mind was sharp. Then connectivity was restored and whoosh, went the machine, fingers flying over the keyboard, pen shooting off a dozen signatures with élan (I am vain about my signature, the way it races across the drafts and papers), hands flying this way and that way, sending off directions left and right, rapping out instructions – yea, I am on a roll – or so I thought, till something happened.

The rap on the knuckles came a couple of hours later. I had issued 10 drafts each for Rs.100/-. The customer was a VIP (millions of rupees) so every thing had to be done as quickly as possible. I signed the drafts with a flourish and glowed in the ‘Thank you’ of the customer. The party went away and after an hour called to say that there is a mistake. One of the drafts was wrongly printed for Rs.400/- and I had missed it.

I immediately canceled the draft, made another one, sped away to the customer’s office 6 km away. But I couldn’t redeem my deflated ego.

It has happened many many times; when I pat myself after a spell of skillful biking, a pothole would appear from nowhere right on my path. When I stand back and admire a poem I have written, the next glance would show a glaring mistake. This old man who hangs around me behind me with a cane and waiting for the chance to pounce – sometimes I am grateful to him, because I have learned to be cautious and remind me not to be too happy about myself. Sometimes he is like Jerry hitting Tom on his head and hammering him down.

One of my blogger friends, Sreejith Thampi, has written an excellent poem on similar lines. (See http://huggingmyself.blogspot.com/2010/11/i-am-scared.html)

It is reassuring to see the old man’s shadow in the slanting sunlight of the evening. He is like the Guru that Kabir sings about; the guru and chela (disciple) within ourselves…