Fire in the Heart, Tempest in the Eyes… 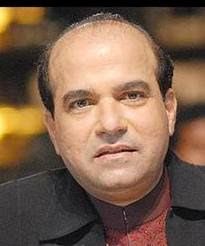 The Seventies was the decade when dinosaurs started falling dead. Like Romantisaurus rex, Environmentosaurus rex, Idealosaurus rex. As global markets opened up, the frenzy let out swarms of locusts that devoured traditions. They haven’t finished yet.

The Seventies was the decade I lived my adolescence and came of age, in mind and body. The Seventies was a beautiful bubble that burst – like a true bubble, it revealed Nothing, but the ‘pop!’ woke me into the harsh realities of the world.

Every time I listen to Seene’ mein jalan, aankhon mein toofan by Suresh Wadkar, I am transported 3 decades back. Gaman was released in 1978 or1979. Farookh Shaiekh and Jalal Aga were like us, youth who had dreams – dreams were all they had. Life and opportunities swished past them swiftly, leaving them by the dusty road under the scorching sun.

To me, the song evokes images of my innocent, dishevelled youth, driven aimlessly like a grain of sand in a storm and then in the end, tamely succumbing, submitting to the vagaries of life .

Yet – sometimes I sense this warmth in my heart, like glowing coals in a Kangir; sometimes when I look at myself in the mirror, I see the fleeting shadow of a tempest that died long ago…