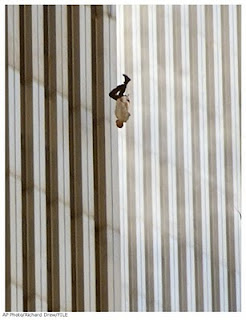 It was hardly a wind, not a storm of course

That flew by the old mango tree.

I knew my time had come

But waited; lest they mock

That I fell on my own.

In the convenience of the breeze,

That hardly made my branch sway

Bidding goodbye to the ants

And the Woodpecker, looking guilty.

I am flying, though I am falling, gently downward.

The squirrels hoping up, skirting down

And the lone kite preening

And the Kingfisher, intent

On the gecko, slinking by.

The leaves of the Money Plant

Grappling up my tree

I see a butterfly fluttering by

Oh, I feel the rain, the wind!

I am going there – now here,

I swing, I sway, I dance till my heart is full.

Oh, what a ride! I never knew what it is

I see earth coming up, welcoming me,

So brown, so dark – ah, my old friends

Huddling, to break my fall.

I see them, the young, so green, so fresh

Waving goodbye at me.

Take care of the flowers; shade them from heat

Let the bees rest on you!

And if a squirrel comes, tremble, make him jump.

Make sure that you bend hard when it rains,

Make sure the morning dew fall at the foot of our tree.

When day breaks, when light comes

Turn as much as you can, let no light

‘Begging your pardon Sir, you are wrong,

The young ones, they do not

Laugh at me; that’s your tale, Sir!

We leaves wait for our death since birth –

That’s when we really move, you see

That’s when we are really free!’

In the picture, he departs from this earth like an arrow. Although he has not chosen his fate, he appears to have, in his last instants of life, embraced it. If he were not falling, he might very well be flying. He appears relaxed, hurtling through the air. He appears comfortable in the grip of unimaginable motion. He does not appear intimidated by gravity's divine suction or by what awaits him. His arms are by his side, only slightly outriggered. His left leg is bent at the knee, almost casually. His white shirt, or jacket, or frock, is billowing free of his black pants. His black high-tops are still on his feet. In all the other pictures, the people who did what he did -- who jumped -- appear to be struggling against horrific discrepancies of scale. They are made puny by the backdrop of the towers, which loom like colossi, and then by the event itself. Some of them are shirtless; their shoes fly off as they flail and fall; they look confused, as though trying to swim down the side of a mountain. The man in the picture, by contrast, is perfectly vertical, and so is in accord with the lines of the buildings behind him. He splits them, bisects them: Everything to the left of him in the picture is the ; everything to the right, the South. Though oblivious to the geometric balance he has achieved, he is the essential element in the creation of a new flag, a banner composed entirely of steel bars shining in the sun. Some people who look at the picture see stoicism, willpower, a portrait of resignation; others see something else -- something discordant and therefore terrible: freedom. There is something almost rebellious in the man's posture, as though once faced with the inevitability of death, he decided to get on with it; as though he were a missile, a spear, bent on attaining his own end. He is, fifteen seconds past 9:41 a.m. EST, the moment the picture is taken, in the clutches of pure physics, accelerating at a rate of thirty-two feet per second squared. He will soon be traveling at upwards of 150 miles per hour, and he is upside down. In the picture, he is frozen; in his life outside the frame, he drops and keeps dropping until he disappears.