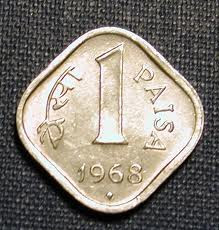 It was late in the night and I had to catch the last bus home. I checked my pocket just before boarding the bus; short by 1 paise, for the 15 paise bus fare. I walked all the 6 km, not a care in the world except for the welcome at home I dreaded.
The year was 1972; I was in Trichur, in my 10th. It may seem ridiculous for the younger generation who may not have even seen the 1 ps coin, 2 ps, 5 ps, 10ps, 20ps and even 25 ps which have been since taken out of circulation. Even in 1972, 1 ps was the lowest denomination; I don’t think you could’ve bought anything for 1ps, except the most humble, handmade sweets. The incident taught me to respect even the lowliest amount of money. Because money is energy; and to throw away money is to waste energy.
Somebody stole K’s mobile phone a few days back. Smart thief; he neatly left the SIM card right beside the window through which he took the mobile phone. It was not a very expensive one; 4500+, I think. But K had loved it. I told him to get another phone. K vehemently said, ‘ Acha, I don’t want an expensive mobile, not even the same one’. I said, ‘Fine, you get one yourself’. But even after a week, he hadn’t bought any. He said, ‘You buy me one when you come to next week’. ‘But till then I have to call you on your friend’s phone!’
Then K said, ‘Well, I wouldn’t mind the same model, but I don’t want to spend that much of your money either. I am in a Dilemma! I would rather if you bought me one’. I told him, ‘Look, there are much worse problems in the world. I don’t mind if you buy the same model; it is OK if you get a cheaper one, either. And what is this talk about ‘your money’? Its yours too, isn’t it?’
‘I can’t, I just can’t think like that, you know. That’s the way I have been brought up, that’s what I have always seen, you telling Mom about her money your money. I can’t bring myself to take yours freely’.
That hurt a bit.
I composed myself and told him gently. ‘Yes, it is my money, but you are free to spend it the way you want to. But I want you to use that freedom with respect. I have always asked your mother to keep her income separately, not because I see her separate, but I respect her rights as an individual. Her money is the fruit of her labour. We don’t keep an account of how much we contribute to the family kitty and I have no idea how much money she has in her accounts. Sometimes if I am short of cash, I borrow some from her and vice versa. You have every freedom to choose the phone you want; it is a choice you have to make. To buy an expensive one or a cheaper one is a decision you have to take. I have no objection either way. But you have to decide’.
It is quite likely that if I have to buy it for him, I would buy whichever model he wants. But surely, I felt that leaving the choice to him would make him wiser.
Take it from a banker; money can be, at times the most despicable thing. Ironically, the way one handles money is a yardstick to his/her character too. 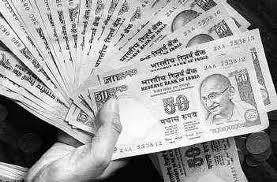