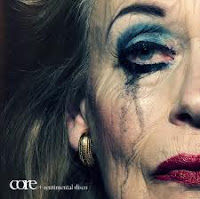 Many friends have accused or hinted at me for the sentimental nature of my writings, be it poetry or prose. I therefore look at what I write critically and I find that I am to be blamed of honesty, emotion, frankness and titillating sentiments. But in the simple, straightforward narration, I scatter little crumbs of self-realization ,which I think the readers might find useful too. I find meaning in the too ordinary, mundane matters of living. I write about personal matters, of my family, friends and my take on many issues. Invariably, there is a lot sentimental stuff in it. I stand accused and plead guilty.

I read the blogs of many. In several I find this reluctance to display their true selves. And there is a kind of smugness – Ha, I am not a sentimental idiot!

For those who wouldn’t mind reading or glancing through a rather long article, I reproduce here one from Times, on Dickens.

In Defense of Sentimentality

Well over a century ago, Dickens gave his first public reading of "A Christmas Carol"--it was just two days after Christmas and 2,000 people gave the author their rapt attention (and frequent applause). The reading took three hours, though in later years Dickens would prune "A Christmas Carol" to a two-hour performance; he liked it well enough that first time, however, to repeat the reading three days later--to an audience of 2,500 almost exclusively composed of working people, for whom he had requested that the auditorium be reserved. He thought they were his best audience. "They lost nothing, misinterpreted nothing, followed everything closely, laughed and cried," Dickens said, "and [they] animated me to that extent that I felt as if we were all bodily going up into the clouds together."

I wish I could have been there. I try to imagine it, every Christmas, when I watch the new and old television versions of "A Christmas Carol"; some are better than others, and in some I can imagine Dickens himself--who loved to act--taking the part of Scrooge, or playing the Ghost of Christmas Past. Dickens might have enjoyed the mesmerizing popularity of television, though he surely would have detested the lifelessness of television's language; it was at his insistence that the price of "A Christmas Carol" was held to five shillings--so that it might reach a wider audience.

In his biography of Charles Dickens, Edgar Johnson writes, "'A Christmas Carol' is a serio-comic parable of social redemption, and Scrooge's conversion is the conversion for which Dickens hopes among mankind." Indeed, it is the hopefulness of that inspired dream of a book (Tiny Tim is spared, and Scrooge sees the error of his ways) that makes "A Christmas Carol" ever-appropriate for Christmas. "Against Scrooge and the orthodox economists," Mr. Johnson writes, "Dickens insists that no way of life is sound or rewarding that leaves out men's need of loving and being loved."

And, in the spirit of Christmas, who could fault "A Christmas Carol"? "Who can listen," Thackeray said, "to objections regarding a book as this? It seems to me a national benefit, and to every man or woman who reads it a personal kindness." It is surprising, however, how many readers reserve Dickens--and hopefulness in general--for Christmas; it seems that what we applaud in Dickens--his kindness, his generosity, his belief in our dignity--is also what we condemn him for (under another name) in the off-Christmas season.

The other name is sentimentality--and, to the modern reader, too often when a writer risks being sentimental, the writer is already guilty. But as a writer it is cowardly to so fear sentimentality that one avoids it altogether. It is typical--and forgivable--among student writers to avoid being mush- minded by simply refusing to write about people, or by refusing to subject characters to emotional extremes. A short story about a four-course meal from the point of view of a fork will never be sentimental; it may never matter very much to us, either. A fear of contamination by soap opera haunts the educated writer--and reader--though we both forget that in the hands of a clod, "Madame Bovary" would have been perfect material for daytime television and a contemporary treatment of "The Brothers Karamazov" could be stuck with a campus setting. Dickens took Christmas risks all year round.

"I must make the most I can out of the book," he said, before beginning "Great Expectations"--"I think [it's] a good name?" he said. Good, indeed, and a title many writers wish were free for them to use, a title many wonderful novels could have had: "The Great Gatsby," "To the Lighthouse," "The Mayor of Casterbridge," "The Sun Also Rises," "Moby Dick"--all great expectations, of course.

Yet the hopefulness that makes everyone love "A Christmas Carol" draws fire when Dickens employs it in his best novel; when Christmas is over, Dickens's hopefulness strikes many as mere wishful thinking. Dickens's original ending to "Great Expectations," that Pip and his impossible love, Estella, should stay apart, is thought to be the proper (and certainly the modern) conclusion-- from which Dickens eventually shied away; for such a change of heart and mind, he is accused of selling out. After an early manhood of shallow goals, Pip is meant finally to see the falseness of his values--and of Estella--and he emerges as a sadder though a wiser fellow. Many have expressed how Dickens stretches credulity too far when he leads us to suppose--in his revised ending--that Estella and Pip could be happy ever after; or that anyone can. Of his new ending--where Pip and Estella are reconciled--Dickens himself remarked to a friend: "I have put in a very pretty piece of writing, and I have no doubt the story will be more acceptable through the alteration." That Estella would make Pip--or anyone--a rotten wife is not the point; they are linked: happily or unhappily, they belong together.

Biographically, it is difficult to resist the association of Pip's trapped worship of Estella with Dickens's own sad adoration of the young actress, Ellen Ternan. Although the suggestion that Dickens revise the original ending came from his friend Bulwer Lytton, who wished the book to end on a happier note, Edgar Johnson wisely points out that "the changed ending reflected a desperate hope that Dickens could not banish from within his own heart." That hope is no last- minute alteration, tacked-on, but simply the culmination of a hope that abides throughout the novel: that Estella might change; after all, Pip changes. The book isn't called "Great Expectations" for nothing. It is not, I think, meant to be an entirely bitter title.

In fact, it is the first ending that is out of character--for Dickens, and for the novel. Pip, upon meeting Estella (after two years of hearing only rumors of her), remarks with a pinched heart: "I was very glad afterwards to have had the interview; for in her face, and in her voice, and in her touch, she gave me the assurance that suffering had been stronger than Miss Havisham's teaching, and had given her a heart to understand what my heart used to be." Although that tone--of self- congratulation and self-pity--is more modern than Dickens's romantic revision, I fail to see how we or our literature would be better for it.

The revised ending reads: "I took her hand in mine, and we went out of the ruined place; and, as the morning mists had risen long ago when I first left the forge, so the evening mists were rising now, and in all the broad expanse of tranquil light they showed to me, I saw no shadow of another parting from her." A very pretty piece of writing, as Dickens noted, but eternally open--still ambiguous (Pip's hopes have been dashed before)--and far more the mirror of the quality of trust in the novel as a whole. It is that hopeful ending that sings with all the rich contradiction we should love Dickens for; it both underlines and undermines everything before it. Pip is basically good, basically gullible; he starts out being human, he learns by error, he keeps on being human. That touching illogic seems not only generous but true.

"When people say that Dickens exaggerates," George Santayana writes, "it seems to me that they can have no eyes and no ears. They probably have only notions of what things and people are; they accept them conventionally, at their diplomatic value." And to those who contend that no one was ever so sentimental, or that there was no one ever like Wemmick or Jaggers or Bentley Drummle, to name a few, Santayana says: "The polite world is lying; there are such people; we are such people ourselves in our true moments, in our veritable impulses; but we are careful to stifle and hide those moments from ourselves and from the world; to purse and pucker ourselves into the mask of conventional personality; and so simpering, we profess that it is very coarse and inartistic of Dickens to undo our life's work for us in an instant, and remind us of what we are." Santayana is also brilliant at defending Dickens's stylistic excesses: "He mimicks things to the full; he dilates and exhausts and repeats; he wallows," Santayana admits, though he adds, "this faculty, which renders him a consummate comedian, is just what alienated him from a later generation in which people of taste were aesthetes and virtuous people were higher snobs; they wanted a mincing art, and he gave them copious improvisation, they wanted analysis and development, and he gave them absolute comedy."

Christmas--or any other demonstration of giving--is no time for "a mincing art"; we should learn that there is really no good time for such cramped elitism. "God bless us every one!" cried Tiny Tim. But this Christmas, since we're so familiar with "A Christmas Carol"--in its several versions-- we might well read "Great Expectations"; it is a book many of us read last when we were in school, when we were too young to appreciate it. For its Christmas spirit--its open-hearted and forgiving qualities, and its feast of language--it is the best of novels by a writer of no mincing art.

And when we writers--in our own work--escape the slur of sentimentality, we should ask ourselves if what we are doing matters.