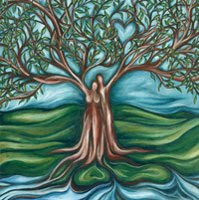 “My son is getting married, Sir, next month. You must come for the wedding.” There was such happiness in the lady’s voice as she said it. She was my colleague at Kottayam, where I had worked about three years back. I was glad that she remembered me. I knew her son too, who is now an upcoming playback singer in Tamil and Telugu. I said sure, I will, though as a matter of principle I don’t care much to attend weddings unless the invitation is from an unavoidable relative or friend. I invariably attend funerals, though. I have this intense dislike for the grand wedding- dos, where people would be spending so much of money unnecessarily, right from the ornate invitation cards to the gold ornaments and criminal waste of food. But I wanted to attend this wedding; I liked this lady and a trip to Kottayam, which always has a special place in my life, is something I would love to make.

“She is a Brahmin girl from , settled in Chennai. Oh, he found her himself, ha ha ha,” she said. “The wedding is at our church; we converted her, Sir, she is one of us now’. Suddenly, I felt cold. I have nothing against Christianity or Islam or Hinduism or any ism-s, but I dislike anyone or any is-m that tramples on individual right to faith and belief. I have several friends and acquaintances who are from different religions and married but continue to practice their faiths and allow their partner the freedom to do theirs. But, recently, like the ‘love jihad’ that is in the news, one comes across this unpleasant conversion to the faith of the other partner. And in most cases, it is the Hindu man/woman who submits to conversion.

A friend of mine who is a Hindu, married off his daughter to a Christian boy. My friend is a person with a very liberal outlook and not a devout Hindu; when his daughter announced her intentions, he was generous and accepted her choice and her right to decide. Then she said that her fiancé’s parents wanted her to convert. He was disturbed and asked her why she should. The girl gave priority to the boy’s wishes rather than her right to remain a Hindu. Later my friend told me that he wouldn’t ever forget the day when he had to be on his knees in the church.

Last month I had posted a blog on ‘belief ‘. I had said I am a non-believer. I omitted to say that I too am a believer; believer in individual freedom, in acceptance of all faiths and non-faiths. I am a believer in my right, in each of our right, to be what we are and would protest against forcing people to choose or discard their faith.

The crux of the matter is not that whether the convert does it forced or in free will, but that the other partner has scant respect for the one who is forgoing his/her right to be what he/she is. I believe in respect. I believe in sharing space. I believe respect is above love.