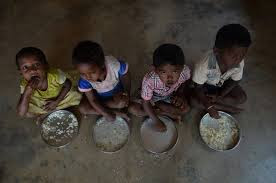 1.
As I tap this out sitting in my room, P and her student are at the PC in the drawing room; the boy has come for his thesis correction. Harish was to come yesterday evening; P had postponed other things to do. Not only he didn't turn up but did not call P till late evening. I had heard her 'giving him nice' ( this is a convent school phrase, I believe).

P came to me a few minutes ago. Hush hush she told me about the boy. He is doing his MSc Botany Final year. His father was an autorickshaw driver. The only sister was married off along with the 10 cents of family property. Harish lives in a thatched house in the rural suburb of Trivandrum. Father's secondhand auto was bought a few years ago; the loan is still outstanding. One fine day, the father climbed a coconut palm ( the going labour charge in Trivandrum is Rs.60/- plus one nut per palm) so that he could save the labour charge and promptly fell down, breaking his back and arm. Bedridden, he is now.

Come rains, the thatched roof gave away. Harish borrowed Rs.25,000/- to put tin sheets. His sister who lives elsewhere gave her gold bangle to him to pledge. The old auto is due for renewal of registration and the patch up and repair would cost more than Rs.20,000/-.

Harish, in between his studies at the College, makes about Rs.1,000/- taking private tuition for school children. In between he also goes around in a bicycle distributing home-made snacks and fries to bakeries and petty shops. In between Harish drives the auto ( expired registration). Mom is sick. Dad in bed. Sole breadwinner is our Harish. Yesterday evening he was going around in the auto; got a good fare, it seems and hence couldn't come for thesis correction. P bought books for Rs.1500/- for him last year. Psst, P asked, do we have any good shirt that belongs to K which I can give to Harish? ( K, my son, btw has had a lateral widening in the last few months). And Parvati says Harish is her best student.

2. P has been going around without a watch since some time. The drawers of her table carry substantial number of irreparable, irredeemable chronometers. Yesterday we went watch-shopping. Had done a prior survey in watchkart and flipkart. In the showroom, we look at the glittering, garish watches. I hate the colour of yellow metal and recommend steel or leather strapped simple elegant watches. P looks at me and says I don't wear a gold bangle or studs. Let me at least have a gold look alike watch, an ornament. I like one that costs around Rs.5,000/-. P says nothing more than Rs.2,000/-. We return home without buying one. Maybe we will go again one of these days. While in the Mall, P suggests that I get a new pair of floaters. Mine is well past expiry date. The Mall has all branded stuff - from Adidas to Woodlands, costing a minimum of R.1800/- I tell P that I will buy a hand made footwear that will set me back by Rs 350/- . Not that I am stingy, but I feel it is a crime to spend 2000 bucks on a pair of sandals.

3. I read in today's newspaper that Prithviraj, the actor had paid Rs.3.5 lakhs for a fancy number for his Porche'. Got another fancy number for another car quite cheap at 25000/ or 50000/ , I don't remember. Nothing wrong in riding in a Porche'. Nothing wrong in paying 3,50,000/- rupees for a registration number 7777. Nothing bloody wrong. But I wish Prithviraj would go around in a random numbered car and donate that 3,50,000/- to some needy people? Kids in Attappady are dying, Prithvi, of malnutrition. People are dying, like flies, with fever.