A Cup of Tea 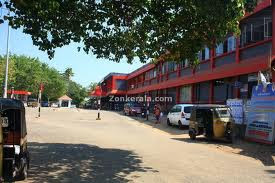 Just  meters away from the entrance of Alleppey railway station stand a few shops; among them a little tea shop where I often have my tea. There is a tree beside the shop; it is a little one, offering cover more than shade.
My cup of tea came and I grimaced at the taste; I don't take much sugar in it. As I took a sip, I saw someone standing behind the little tree. He was a tramp; could  not be more than 40 or so, filthily attired, his unkempt hair and beard matted with dirt.  I looked at him, our eyes met and he lowered his.  I took another sip and glanced at him. His eyes reminded me of the countless stray dogs - meek, wary and in the hierarchy of living beings, the lowest, the pariah.  Like a tentative wag of the tail, he managed to smile at me - and gestured - oru chaaya - a cup of tea.
Call me heartless, but I am not the kind who give alms to beggars. Because most of them belong to beggar mafia; they are organised and controlled by goons. Every evening they have to give their collection to the leader. I know; I have talked to many of the beggars. But of course, occasionally I do part with a rupee or two, just because I could not turn my face away.  The beggars exploit this weakness, this guilty feeling we have. .
It had been drizzling. I looked at the tramp once again. In his eyes, the way he looked at me, sipping my hot tea, I could see that at  that moment nothing would be more pleasurable to him than a hot cup of tea.
I ask the tea shop owner if he can give the tramp a cup of tea.  He hands over tea in a paper cup.  I hold the cup and look at the tramp; he doesn't move.  I keep it by the side of a ledge slightly away from where I stood. Again, the dog. Again I see the feeble wagging of the tail.
Paying, I leave without a glance back at him. I didn't want to look at him because I did not want to own him for a mere cup of tea. I was not ashamed of my magnanimity, but I did not want to be his patron for a five rupee worth of tea.
In the station, I go to the farthest end, where breeze from the sea blew gently and unhindered. It was dusk. I waited for the train to come. There was no hurry to get home. I was at peace.
***************  Balachandran V, Trivandrum 08-07-2012
Posted by Balachandran V at Sunday, July 08, 2012