Heroes of our Lives 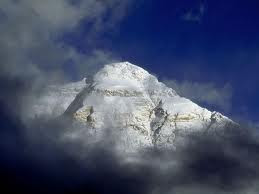 Wake me up when I am in deep slumber, shake my shoulders and shout - 'Who are your heroes?' No epithets shall pour forth from my mouth, but I will mumble - 'Eric Shipton, Ernest Hemingway and George Schaller'. Maybe later, clearly woken up, I might light a cigarette and ponder upon your query and make out a longer list; but the above three will top it.

What makes a person your hero? Googling the word and cutting through Hero Cycles and Anil Kapoor's movie and such riffraff, I find these definitions:
a man of distinguished courage or ability, admired for his brave deeds and noble qualities.
a person who, in the opinion of others, has heroic qualities or has performed a heroic act and is regarded as a model or ideal: He was a local hero when he saved the drowning child.

the principal male character in a story, play, film, etc.

being of godlike prowess and beneficence who often came to be honored as a divinity.

b.in the Homeric period) a warrior-chieftain of special strength, courage, or ability.

in later antiquity) an immortal being; demigod.


I don't know about the sandwich, but the rest seem to be acceptable. Yet the way I see it, my hero/es has/have two main characteristics: one, there are parts of him/her ( I being the male of the species, I shall henceforth retain 'he/him' only) that I can identify myself with, physical, intellectual or spiritual; two, he has certain qualities or experiences in his life that makes me wish I could have had myself. To be precise, I would put the latter as such: he had the courage to pursue his dreams. He is never a coward, facing adversities in his life with the single focus of achieving what he set out to do. Cringing inwardly, I realize that is what I will never be. I remain, yours faithfully, just a dreamer... 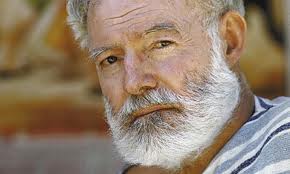 Ernest Hemingway: Among the three, Ernest is my oldest and staunchest hero. Having cultivated reading habit at a young age, I met him in my early teens through his short stories. I remember I was puzzled by Ernest, because of the contradiction that though I understood every word he wrote, I could not understand - or sensed that there is more to it than the simple words. Later in my late teens I grew a lush beard, was physically tough and solidly built, with a square jaw and rounded shoulders and mean, thin lips that my girlfriend of those days was quite fond of, I came to believe that I resembled Hemingway, albeit a Dravidian version. Perhaps the idea was instilled by the said girlfriend. Behaviour- wise too, I was brash and brutal - the way I imagined Hemingway to be. In the late '70s, I started to invest money in books - one of the oldest I bought with my own money was a yellowed, secondhand copy of 'Fiesta or The Sun also Rises' from the now-extinct Moore Market in Madras. With that book, I had come of age. I was one with Jake, the protagonist of Fiesta. I was the wounded, all-suffering, stoic hero, the jilted lover, the detached, the wanderer, the lost. There began the deep love for Ernest. I loved him. I shared his love for the outdoors, his bravado, his brashness, his violence, his tenderness. I went with Ernest to Paris, the arenas of Spain, to Africa, to the woods of Kansas. I read and read him, reading and re-reading his stories, which unfold before the reader in sharp visuals and leaves him despondent. There is an intangible sorrow even in his happiest words, a pain undefinable, a sense of emptiness in spite of the fullness of life. If I write, I owe it to Ernest Hemingway.

Of course, there were many writers whom I adored - like Maugham, Shute and a host of others, but the persona of Ernest Hemingway, the way he or his characters battled through life like a battering ram, ' bloodied but un-bowed', made him my hero. Mind you, my heroes are not infallible supermen. They have weaknesses just as you and I have. And Ernest Hemingway had the courage to end his life when he wanted to. 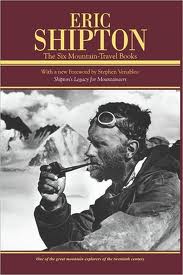 Eric Shipton: My affair with Himalayas started in the mid-80s when I went to the mountain range for the first time, all by myself. For that trip and for the many to follow, I read up as much as I could and armed myself with information before embarking for the journey. It gives me so much of pleasure to imagine the places I will go to; I pour over the maps, making notes and more notes and plan and dream and plan so much that the actual journey is mere execution of my plans. It was somewhere here that I met my next hero, Eric Shipton. The name could be familiar to only those who are into mountaineering and exploration, particularly of the Himalayas. Eric Shipton ( 1907 - 77) was one of the greatest mountaineers and explorers of that vast land, Himalayas. It was he who contributed to finding a way to the summit of Everest. Shipton did extensive surveys of the mountains and though he was not selected as the leader of the successful Everest expedition of 1953, Shipton continued his forays into the unknown and untrodden lands in the far corners of the world, like Tierra del Fuego. 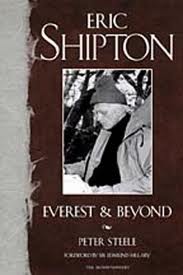 Shipton was dyslexic, did not have university education like his contemporary British mountaineers, had little income of his own and was shy and withdrawn. He loathed the large outfitted mountain expeditions and was the father of the modern school of lightweight climbing. During a reconnaisance of the Himalayas, Eric and his close friend Bill Tillman ( a famous mountaineer and author in his own right) climbed more than 50 peaks! It was the 1930s, when the modern sophisticated climbing equipment and paraphernalia was unheard of. Yet, in the peak of his mountaineering, Shipton turned away from ascending peaks to exploration. This was so unlike mountaineers for whom every peak conquered is a notch in their gun. Eric Shipton loved to climb mountains yet yearned more for  the untrammeled regions .

All these years I had only read scraps about him from here and there, but an image had formed in my mind of the person he was. Shipton was a dreamer. He was a loner. He desired not fame and fortune, but just to be among the wilderness, far away from humanity. Then, recently ( I wonder why I never thought of it before) I bought a couple of books through my supplier of manna, Flipkart. One is Shipton's biography, 'Beyond Everest'. It is  such a great read that I now regard biographies with respect! The other is an omnibus edition of Shipton's selected works.

In the depressing, lonely nights at Alleppey, I am transported to the land I love most, the Himalayas. I climb with Shipton, I share tsampa and wild berries with him. In the evenings at the camp, Shipton sits beside me and we smoke our pipes. On one cold evening when snow fell all around us, in that great silence of the mountains, Shipton told me: 'He is lucky who, in the full tide of life, has experienced a measure of the active environment he most desires. In these days of upheaval and violent change, when the basic vlues of today are the vain shattered dreams of tomorrow, there is much to be said for a philosophy which aims at living a full life while the opportunity offers. There are few treasures of more lasting worth than the experience of a way of life that is in itself wholly satisfying. Such, after all, are the only possessions of which no fate, no cosmic catastrophe can deprive us: nothing can alter the fact if for one moment in eternity we have really lived.'
Upon that mountain: Eric Shipton. 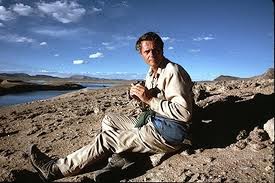 George Schaller: I will write about him later. I am still too deeply involved with Shipton. Suffice to tell you that Schaller is one among the greatest living zoologist, naturalist, wildlife conservationist and writer of awe-inspiring ( I hate it when people say 'Awwwessssommme!) books like 'Stones of Silence'. We share a deep love for a secret place - Eravikulam. Suffice to tell you that Schaller has gone deep into Himalayas in search of Snow Leopard ( see Peter Matthiesen's Snow Leopard) and contributed greatly to the conservation of Giant Panda and Tiger and Nilgiri Tahr and - too many. 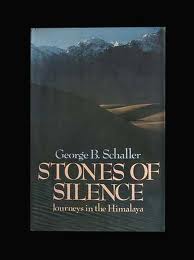 These are my heroes. Something of them is within me; mostly they are up among the stars of my sky. But perhaps that is what connects me to them. Nature. Cosmos. Sitting at the feet of these men I admire and respect ( and a little envy too), I am grateful to them for showing me a larger world that I might not ever see by my own eyes. But then, I see it all. Here. Right here.