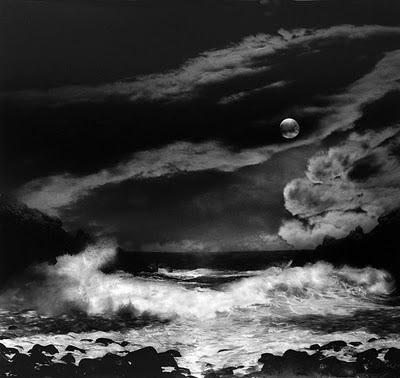 I do not think there is anyone – at least not many, who isn't passionate about something or the other; passionate to the extent that he wouldn't make a little pile of his love. Whether the item is antique motor cars or stamps, the hobby of collection is something that makes us human, makes us almost innocent, child-like. You collect a particular thing because you love it, because there is some undefinable feeling you have for it, something which does not have ulterior motives other than love. I am discounting the greedy who collects things for its monetary value, like gold. Of course, there are art collectors who flaunt their wealth through their valuable collections. I refer to ordinary people. Recently there was a news item which showed a man with his collection of cameras. He has hundreds; old field cameras to the latest digital ones.
As a child, I was encouraged by my father to collect stamps. I still have them, though stuck crudely in the stamp albums or pouches. By the time I entered college, the interest in stamp collection waned, but even now whenever I see a new stamp, I tear it out of the envelope and put it in my pocket; most of them get lost.
Then there were/are books. At the time of my marriage at 32, I didn't have any money saved; I showed P my collection of books and said this is all I have. And then, music. Whenever I think of my favourite genre of music, the old Hindi film songs of 1940 - 1980, I immediately think of my collections of Hemant Kumar, Mukesh, Talat, Mahendra Kapoor, Lata, Geeta Dutt and Manna Dey. Rafi saab is – well, I love many of his songs, but he was too cheerful for my liking! :-)   But there is another man many Hindi film music aficionados belittle; Kishore Kumar. Though the majority of his songs were the boisterous, loud kind, Kishore Da has sung many unforgettable melodies too. From the many cheap CD s I bought over the years, I made a collection of my favourites of his songs. The songs are unparalleled. Those songs could not have been sung by any other singer of his day, better than Kishore Da.
Koi humdum na raha Koi sahara na raha! How many nights have I listened to him! In those forlorn, sleepless hours I brooded over loves lost, Kishore Da would sing - Dukhi man mere sun mera kehna...
Sorrow and solitude sometimes bring forth some of the most beautiful expressions – creations that leaves indelible impressions on the soul of the creator and the connoisseur.
Kishore Da sings – 'Koi lauta de mere bithey hue din...' 'Zindagi ka safar he ye kaisa safar, koi samjha nahin koi jaana nahin'.... 'tere duniya se honke majboor chala mein bohat door chala...
Later I found a Music Today CD with most of my collected favourites. It is called Ehsaas Gam Ka. If you are keen on some of the best melodies in Hindi movie songs, do get it, though I don't know if it is still available in the market.
My earlier poems were mostly the brooding kind. Lost love and loneliness were the predominant thoughts in them. Some were quite sensuous too. Among them, I like this one the best. It too, in some way, is about collections... 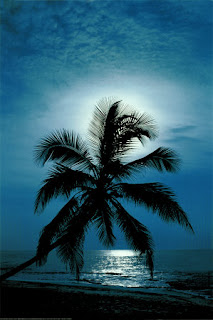 Moonlight Sonata
Lata1 sings. My evenings, dull
In this drab little room, alone
While the music plays, light up
With Lata’s caress. Lata sings.
Lata sings. ‘This night, this time
Of the season, this laughter-
Forget me if so you wish, but
Forget not these and this night with me’.
My love! How can I forget
The light glimmering, the shadows
The moon reflecting on your moist lips
Your breasts, heaving, brushing mine!
My love! Remember? You spread
Your hair over my face, my hands
Moving gently over you, I kissed
Your ears, your neck and your breasts!
Then, as an owl hooted deep in the woods
Gently I lowered on to you, oh gently
Softly while the tree hid us from the moon
Together, that moment, etched forever in my heart.
In the garden, in the pale moonlight
The leaves giggled softly, the fireflies
Lit the sparkle in your eyes full of love
Sweat beads glistened on your face.
....................
In this drab little room, alone, I recollect
Like a child collecting empty shells
In the sands of a deserted beach –
But how! They crumble and turn to dust
That the winds take to the skies over the sea!
Lata sings. ‘Burning, burning, the lamps
Die, along with me, with me…’
****************
Note:1. The first song was originally sung by Pankaj Mullick. Lata sang it at London, Yeh raaten, ye mausam, ye hasna hasaana mujhe bhool jaana, inhe na bhoolana.
Note: 2. Chalte chalte.. Jalte jalte ye chiraag bujch rahin he mere saath jalte jalte ( Meena Kumari in Pakeezha. Can anyone forget that scene?)
******************
Balachandran V, Alappuzha, 22.09.2011
Posted by Balachandran V at Saturday, October 01, 2011