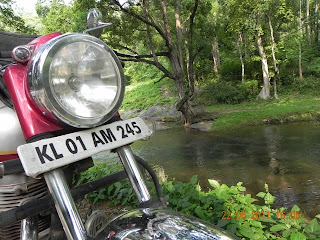 It had been quite some time since I went for a long ride in my bike. Those who are not familiar with long distance motorcycling would not know the pleasure, the sense of elation that riding a bike gives, whether on express highways or mountainous roads. Unlike in a car where you are boxed in and without the direct experience of the surroundings that you pass by, a ride in a bike, despite its comparative lack of comfort, is an exhilarating experience.
Last Saturday I went to Kodaikanal on a solo ride on my bike. The destination was not Kodaikanal per se, but a village called Mannavannur about 32 km further from Kodai. Other than the solo ride, the objective was to scout for some land for our Nature Conservation NGO. We are looking for suitable locations in different parts of the Western Ghats to establish Field Stations to conduct studies, monitor the forest area etc. We already have started working at Attappadi and in Peppara Sanctuary in Kerala. Being partial to cold weather, Kodai was a choice.


I started off at around 1500 hrs from Trivandrum, rode to Madurai via Nagercoil, over a distance of about 330 kms. Reached Madurai in about 6 ½ hours, met up with the other two friends who had come in a 4 wheel drive and went to Mannavannur on the next day, which is nearly 200 km from Madurai. Over the next three days we went around looking for suitable plots. The land is too expensive, quoted at Rs.5,00,000/- per acre. But more than that what was most despairing and shocking is what Tamil Nadu has done to its forests.


What seems as forests are not natural; they are just plantations of Eucalyptus and Wattle. These once grasslands and natural forests which had served as the source and catchment area for rivers have been now sucked dry. The only shrubs that you find in these forests are the exotic weeds such as Lantana and Eupatorium. Almost all mountains are covered with it; the rest have vegetable cultivation. There are hardly 7 or 8 species of birds in common sight. The only wild mammals are the Gaur ( Bison), Wild Boars or a few Sambar deers that stray into the farm lands. The landscape is a cold desert, green in colour. I pity those tourists who throng to Kodaikanal. The government has retained small patches of natural vegetation in the key tourist areas. Anyway, what do the tourists care?


Our contacts at Palni Hills Conservation Council, an organization which has been working on conservation of Kodai and surrounding areas told us of the disturbing situation. The Government is hardly interested in conservation and look upon forest land as only a revenue generating resource.


Three days later I rode back, not even stopping at Kodaikanal. I took a different route –via Betelgundu, Perayur, Rajapalayam, Shenkottai. It is shorter and much more scenic than the Express Highway from Nagercoil to Madurai. I took exactly 12hours – which includes 1 ½ hours of butt (bum) breaks.


Riding bike with time constraint means less photos. Yet I took a few, just to note the different landscapes – the highly windy, dry route through Nagercoil – Tirunelveli; the monoculture- cursed mountains of Palni Hills, the rich farmlands beneath the shadow of Western Ghats – and then Kerala.


As I paused at the bottom of the Ariankavu Pass that separates Kerala and Tamil Nadu, a few drops on rain fell on me. Malayalees take their land for granted. I don’t think there is any other part of the country as endowed with natural beauty as Kerala. Yet we continue to destroy and plunder it, in the name of tourism and development. 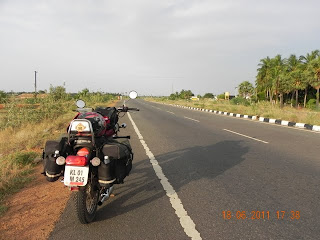 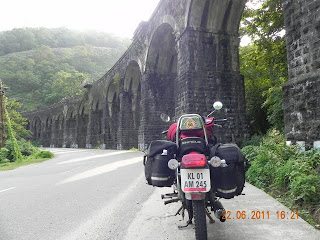 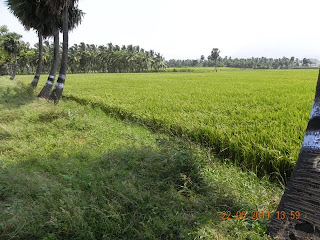 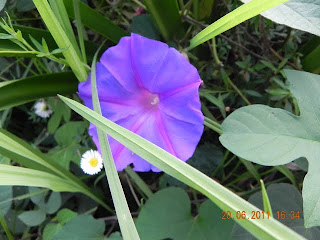 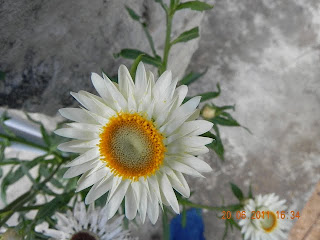 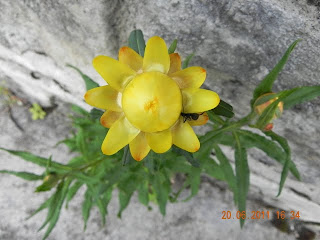 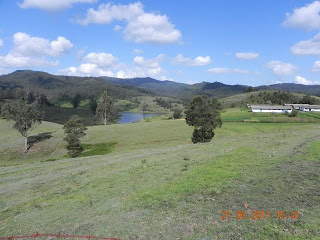 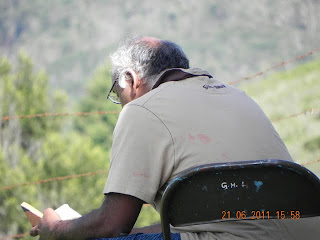 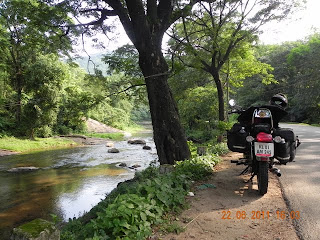 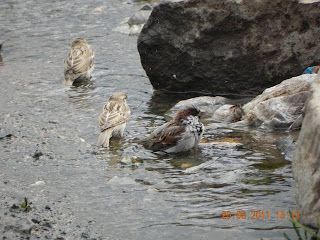 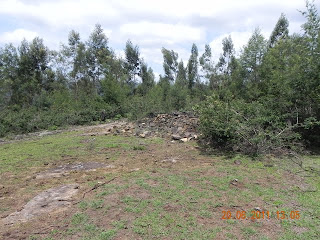 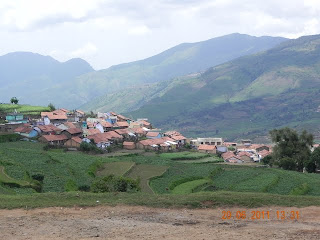 Klavara Village - the mountain sides are full of Eucalyptus and Wattle 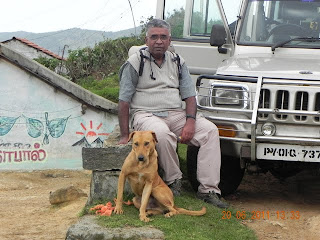 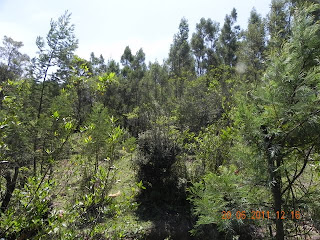 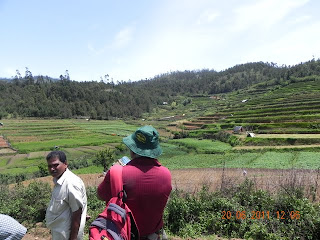 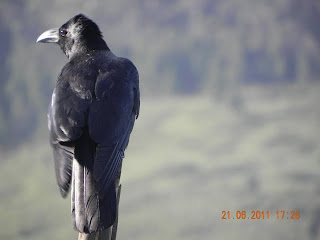