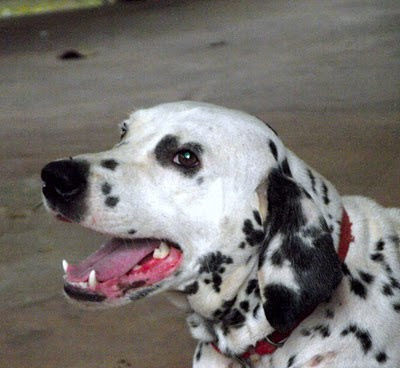 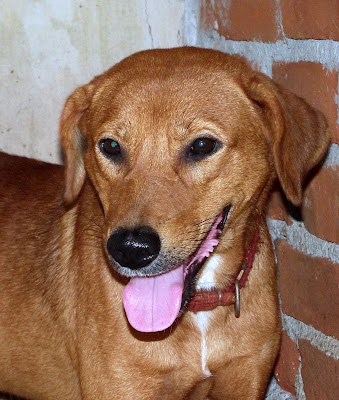 It is a Sunday morning in Trivandrum. Anil, Christy, Dr KVS and I are standing before a house in Thirumala. The human occupants of the house had left the place a couple of weeks ago and are somewhere in North India. Gone for good. Nothing wrong here, except they have left two dogs, one a Dalmatian and the other a mongrel, whom they had kept, fed and presumably loved – and now abandoned. It seems that they have asked a maid to feed the dogs. But according to the neighbours, she hasn’t appeared since last few days .

Love for animals is perhaps an anachronism in today’s world. In the quest for riches, power and fame, humanity has discarded the very qualities which in the first place distinguished them from the rest of the animal world. In a world where man exhibits more ‘animal’ characteristics than animals, dogs are just a utility to guard our wealth or a toy for our children to play with. As our urban dwellings overflow with garbage and filth, in our streets roam stray dogs; most born on the streets, many thrown out of houses when they have become either old, sick or unwanted.

Stray dogs do not figure in any category in the country’s budget; but for the Supreme Court order banning the eradication of strays by killing, we would have continued to witness the most inhuman act of strangling, electrocuting, poisoning and such heinous methods by which local bodies had tried to cull its population. Stray dogs do create problems, but the most effective and humane way to cull their numbers is through mass sterilization and immunization against Rabies. In a country where trillions of rupees disappear into black holes, surely we can afford to spend a few lakhs for the welfare of street dogs.

Hope for humanity lies not in the billions of our fellow beings, nor in those who wield power and money, but in small groups who care for the needy. The Welfare of Stray Dogs, an organization based in Mumbai, is one such group. Established in 1985, WSD is a group of people committed to cause of strays. The organization has its own clinic where the volunteers bring dogs from the streets. They do a lot of awareness programmes in schools and colleges and urge people to adopt stray dogs. Below is an extract from their website, www.wsdindia.org

· Between 1994 and 2007, WSD has impacted the lives of 90,000 stray dogs through sterilization, vaccination, healthcare and adoption.

· On-site immunization against rabies of more than 15,000 stray dogs.

· On-site treatment for more than 40,000 stray dogs through our on-site first-aid programme.

· Presentations to hundreds of children and adults on the stray dog issue, rabies and its prevention and the avoidance of dog bites.

· Adoption of more than 200 abandoned pets and stray dog.

It is so heartening and encouraging to know that there are such small bands of people who do such service without a thought for name and fame. It is so good to remind oneself that there still remain patches of greenery in this vast, barren land.

On a lighter note, I reproduce what Cyrus Broacha has said in the FAQ of the above website:

Q. I’d like to purchase a dog. Where and how could I get one?

This question really gets me mad. My blood boils and the ticks die immediately of food poisoning. Firstly, remember it’s not whether the dog’s good enough for you but if you are good enough for the dog. You must pass a test showing you have the time, patience, love and respect to look after a dog. If you are of sound mind and good character, if you are willing to give quality time to the dog, then after adequate training maybe, just maybe, you’ll be good enough for the doggie and he’ll lower his standards and let you in.

Q. I’ve had a Pomeranian for the last 7 years. Now that I’m getting married, my ma-in-law won’t allow my dog ‘China’ to live with us. What to do?

It is midday. Blackie and Tomy, the abandoned dogs, jump around us happily. Both pee-ed for at least 5 minutes! They haven’t had any food or drinking water since 3 or 4 days. Tomy is the Dalmatian and Blackie, the mongrel. Blackie is a very intelligent and affectionate dog. Tomy has severe ear infection and there are a lot of bruises on his back, probably due to the iron railings of his cage. Though strangers, they knew we meant love; both wolfed down the meat and rice mixture Anil and I had brought. I treated them to dog biscuits too. We let them out of the cages. I have asked the local PFA chapter (People for Animals)www.peopleforanimalsindia.org/ to take them in.

PS : Please visit www.wsdindia.org. They have brought out a great calendar (Rs.150/-) with excellent photographs of stray dogs who have been adopted and now lead an enviable life. If you cannot keep a stray dog, at least support generously those people who devote their time and energy for the cause of the stray dog.