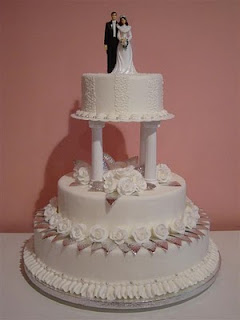 “You may wonder why we have gathered here instead of a church building. But listen! The Bible says ‘wherever believers have gathered to praise the Lord, He shall be present there’. Therefore, believers in Christ, this beautiful auditorium is the house of God for now, for He is surely witnessing this holy matrimony and is here to bless this young couple”. Words to such effect. The pastor in the podium wore shirt and trousers like normal people but had the priest’s collar (I have seen it only in movies before) and spoke in fluent English with a trace of American accent.

I was at the wedding of a close friend’s daughter. It took place not in a church but in a posh auditorium in . Though both were Christians, they belonged to different churches or denominations. The bride’s side was Mar Thomite and the bridegroom’s, I didn’t catch it exactly, a kind of new American Methodists. It was a ‘love marriage’ and the couple was IT professionals.

Outside was parked a glorious Mercedes –Benz. Now, nothing else, not even Rolls Royce or BMW or Porsche or whatever – has a prestige value that equals that of Mercedes in . Inside in the centralized air-conditioned hall, I was agape at the bevy of beautiful women. It always makes one acutely aware of one’s age and appearance.

Agape. The next pastor who delivered an inspiring sermon, said – “Marriage is a covenant, not a contract that can be broken. Love, my dear S & R, is not a matter of the mind. It is a matter of deliberate choice. There are different kinds of love; one is ‘Agape’ (he pronounced it u’gaa-pay), the love for Lord Jesus. The next is the love for your partner; sexual, emotional love. But always remember, love is a matter of choice”.

I wished I had my glasses, notepad and pen. I was being exposed to new thoughts.

The pastor apologizes gracefully to the women present and says- “S, remember that you are the man, the head of the new family. It is your duty to love your wife, R. And R, remember, you shall obey and submit to him. You shall remember that S is the head of your family and you shall always be subservient to him. You are not inferior to him, but below him”. I am dumbstruck. Obey? Subservient?

R is a pretty girl. As my friend who is still quite handsome and elegant, walked up the aisle with R to the tune of the wedding march or whatever (I have seen it in so many Hollywood movies and have always been moved by the solemnity and grace of the ceremony), we friends chuckled, - "We gotta get him a new wife, he looks so hot".

The ceremony wasn’t as long and tedious as the usual church weddings. The choir sang beautiful songs in English and Malayalam and I felt like singing with them. Later, with excellent bread, rice, fish curry, roast mutton and butterscotch ice-cream with honey syrup (I had two helpings from two different counters) and a bellyful ogling at the beauties under the belt, I was curious about the non-church wedding and asked my Christian friends. “Now R will be totally banished from her church”, they said grimly. “Poor R’s grandma is heartbroken. These guys (depreciatingly said) are of a new-fangled Methodists or something”. The speaker was agitated, himself a Catholic or Mar Thomite. I kept silent. I knew I was on thin ice here.

But – but I wondered. Both believe in Jesus Christ, don’t they? Both believe in the Bible. I said lamely, - ‘I liked the ceremony though. And the concept that where ever believers gathered to utter His holy name is the church’. He nods his assent, though grudgingly. “Hm, except for the absence of ‘now you may kiss the bride’, every thing was so Amerrrican!”

Christianity is truly a universal religion. Universal in number, but in ostracizing the girl for marrying from another church, not very different from the much maligned caste system in Hinduism.