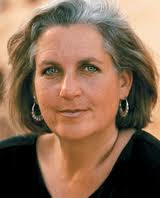 In the northern part of the state of in is the largest salt lake in the western hemisphere, covering an average area of 4400 km2, known as the . Great Salt Lake is the remnant of ; a great Ice Age Lake that rose dramatically from a small saline lake 30,000 years ago. There are many islands in the lake. In spite of its high salinity, the lake supports numerous species of birds and other wildlife. area offers one of the most spectacular natural sceneries. The lake is landlocked and fed by three major rivers and several streams.

is also home to the largest Mormon communities in the country, having settled here in the mid 1800s. is also site to above ground atomic testing that took place during 1951 to 1962. is home to the author Terry Tempest Williams.

In human life a continuum can be recognized that extends from oneself to one’s family to one’s surroundings and finally extending and encompassing the universe. One of the tragedies of modern humanity is that it has forgotten to realize this fact. The result is alienation from oneself, one’s family, the nature that supports our life and ultimately a disconnection with the cosmos.

Naturalist, conservationist, ornithologist and author of award winnings books, Terry Tempest Williams in her book The Refuge, weaves the story of connections. Primarily, the book is about the ecology of and its major group of life, the birds. The descriptions and the mood that her words create can be matched only by the haunting, vast landscape of the . Interwoven through the high and low tides of the lake is the story of her family, especially her mother and grandmother who have been afflicted with cancer. Just as the birds of the lake survive and sometimes succumb to the fluctuations of the floods, so does the author and her family, with the trauma of illness and the joy of love and acceptance of life. The cancer that eats into the bodies of her family and herself is the result of the nuclear bomb testing. In a frenzy called the Cold War, the American government methodically bombed the land. The then Atomic Energy Commissioner said – “Gentlemen, we must not let anything interfere with this series of tests, nothing.” The people were told – “we find no basis for concluding that harm to any individual has resulted from radioactive fallout.” A suit filed against the government was quashed by the nation’s Supreme Court ruling that the ‘ was protected by the legal doctrine of sovereign immunity. Irene Allen who filed the suit said that –“if my testimony could help in any way so this wouldn’t happen again to any of the generations coming after us …” There is a bitter universality to this. Governments, of the people, by the people and for the people, acts against the people themselves. This story repeats over and over, across the history of mankind.

The overwhelming account of bird life and its observation might be slightly tedious to the lay reader. But the strange birds could be that of anywhere in the world. It is the history of nature, once unruffled, now torn to shreds by humans.

What sets the book apart is not the above politics, but the intimate understanding of a landscape and the family the author loves so much. With maturity and wisdom, in this narrative of dying and surmounting the pain of death, that of nature and womanhood, Williams show how one can accept life with spiritual grace. As an African woman asks Williams- “You Americans, why is death always such a surprise to you? Don’t you understand that dance and the struggle are the same?”